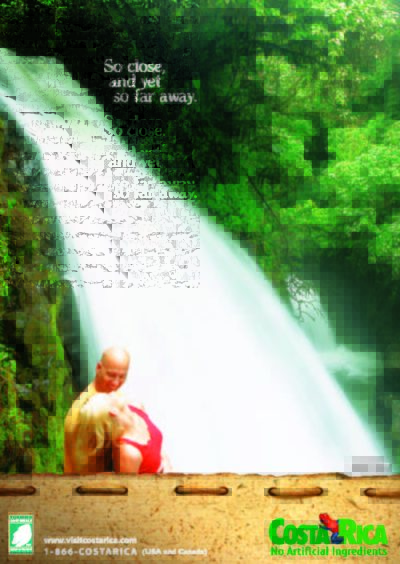 The term “pura vida” is a colloquialism unique to Costa Rica.

The direct translation of pura vida is “pure life,” and it is meant to express a national ethos of eternal optimism. Costa Ricans use pura vida as a means to say hello, goodbye, thank you and you’re welcome – really, it is a sort of phrasing catch-all used for almost any situation. Pura vida is a persistent reminder that no matter the circumstances, life is beautiful and we’re all fortunate to be enjoying the ride. In fact, uttering pura vida is such a prevalent Costa Rican trait, that most would affirm that the adage is less of a slogan and more of a lifestyle.

This perception of Costa Rica as a laissez-faire, friendly, and optimistic nation certainly bolsters its conventional reputation as a picture-perfect tourist destination. Combine this dispositional repute with the country’s flush but traversable rain forest, its beautiful beaches on both the Pacific and Caribbean coastline, and its proximity to North America, and it is easy to understand Costa Rica’s magnetism. Unsurprisingly, the promise of the pure life and beautiful landscape attracts nearly three million cautiously-intrepid pasty-skinned, cargo short wearing tourists annually. Most of whom are quick (again unsurprisingly) to adopt and make liberal use of the aforementioned phrase “pura vida.”

With all that stated, it is important to remember that pura vida is a contextually pliable term.

In fact, for a significant portion of the many pasty-skinned tourists visiting Costa Rica each year, they are more likely to use the maxim to describe the country’s vibrant sex industry than to refer to the country’s beach culture.

“There are a lot of places in the world viewed as sex tourism hubs, but Costa Rica is unique for many reasons. For example, it’s proximity to the U.S. and the way the country has been marketed as safe, familiar, and affordable for travelers but also as “exotic” and different has made it especially appealing to many middle class and working class men from North America interested in participating in the sex industry,” said Rivers-Moore.

Professor Rivers-Moore attributes a number of factors to the booming market of sex tourism in Costa Rica. For one, the state does not regulate the exchange of money between sex worker and purchaser (though third party involvement such as managers or brothel administrators is illegal). While this lack of state intervention on the industry undeniably plays a massive role as to why sex tourists come to Costa Rica, Rivers-Moore’s research ascertains that, paramount to attracting sex migrants and tourists is the broad-minded social disposition towards the scene.

“From the perspective of the tourists, the state, and the sex-workers themselves, there exists an understanding as to why everybody is there and playing the role they are playing. Each of these players is profiting from the industry in one way or another, they are all using their participation to get ahead. And the stigma that surrounds sex-work in North America, particularly the turn toward criminalizing the sale of sex in many places, including in Canada most recently, is a major motivator for sex tourists who travel to Costa Rica. They are able to participate in the industry without risk of arrest and public shaming. Stigma for them isn’t a serious issue in Costa Rica, although it certainly is an issue for Costa Rican sex workers, who struggle to hide the source of their income from their families and communities.” 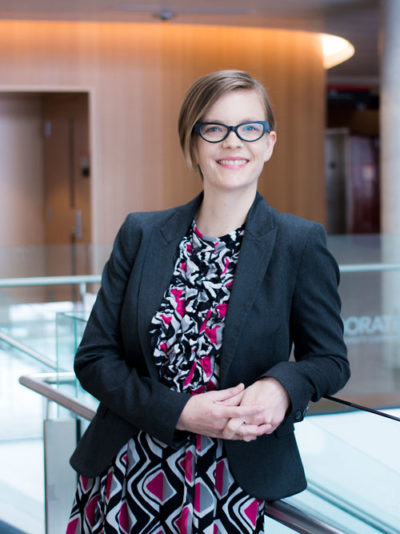 Rivers-Moore’s book actively challenges the narrative that most of us reflexively construct in our minds when presented with such a scenario – that the local sex workers of a Third World, Latin American country are being exploited and taken advantage of by privileged white, North American men.

Instead, Rivers Moore tells a more composite story of the Costa Rican sex tourism scene. “You quickly learn that we can’t presume to know what exactly is being bought and what is being sold. Often the exchanges have a lot more depth than the transaction of sex for money.”

“Many of the sex workers I interviewed articulated the idea that they viewed themselves also as care workers; believing they were providing a service to humbled white men who had run out of relationship options in their homeland. They took great pride in making these men feel good about themselves, and considered the caring aspects of their work (listening to men talk about their problems, making them feel attractive) was as important, if not more important, than the sex. Similarly, many of the men I met articulated that they view themselves as progressive and take a great deal of pride in treating the women they meet with respect in a culture they view as inherently misogynistic. This is a massive generalization about Costa Rican culture, of course, and one that is based on problematic assumptions and generalizations that are often pretty racist. But it’s significant that sex tourists want to think about themselves as enlightened and progressive, and some of them are well versed in feminism. Barry, a tourist from Virginia who took on a second job in order to fund periodic trips to Costa Rica, found it important to emphasize ‘I really appreciate them. I’m really glad they’re here, for me they’re a godsend. I’m sure lots of men treat them badly, but I make sure to be kind, to be respectful.’”

“Given the nature of sex tourism, there was a lot of talk from both sex workers and their clients about getting the ‘girlfriend experience,’ an experience that involves longer periods of time together, talking, listening, and sharing interests. This work involves quite a lot of skill, requiring patience, compassion, and empathy. For example, Virginia, a mother of two who attends secondary school at night, told me ‘some of them just look for company, they pay for company. I’m very happy to listen, as long as they pay. I’ll listen to it all. Cry, whatever, as long as you pay.’ It is so much more complicated than just sex.”

Rivers-Moore has a long standing academic relationship with Costa Rica. Prof. Rivers-Moore became interested in the country when she moved there after completing high school to spend a year learning Spanish and she was quickly enchanted with the nation’s considerable charm.

It was during this time in Costa Rica that she first noticed the prevalence of male tourists, but due to the subtle nature of the sex industry, it took her some time to recognize the dynamic at play. Once she understood what was occurring, she became fascinated, and focused much of her post-secondary education and early academic career on this phenomenon. Rivers-Moore completed her PhD at the University of Cambridge and upon completion of her degree, she went on to work at the University of Costa Rica, where she continued her research on a more long term basis before accepting a job at Carleton University.

This thorough Costa Rican research journey has ultimately led to the release of Gringo Gulch: Sex, Tourism, and Social Mobility in Costa Rica, an ethnographic work that analyzes and decodes the mosaic of race, gender, class, government, and human need and desire in our increasingly borderless world. For Gringo Gulch, Rivers-Moore spent over a year in San José’s sex tourism neighbourhood, interviewing tourists, actors of the state, and sex workers to achieve a vivid depiction of what being a player in this game is comprised of. The reader is introduced to a variety of characters from all sides who give their honest account as to why and/or how they participate in the Gringo Gulch scene, and what is taken away from it. “People sometimes assume that sex work is about villains and victims, and I think my work demonstrates that nothing could be further from the truth. It is so important to actually do empirical research and talk to people about their lives, because when we do, we find out that the sex industry is so many things simultaneously: it can be fun, it can be boring. Some people have harrowing experiences, and some find it utterly mundane. I really can’t emphasize enough how important it is to listen to people’s own interpretations of their lives and their experiences, without judgment.”

What Rivers-Moore is able to conclude from these characters is that most involved – the sex workers, the sex tourists and workers of the state – embrace the industry for their own sake, and use it to climb a social and/or monetary ladder that likely wouldn’t have been accessible to them without the existence of sex tourism.

By setting the scene in the culture of pura vida and telling us these distinctive stories of individuals (which are sometimes tragic, sometimes empowering and sometimes both), Gringo Gulch: Sex, Tourism, and Social Mobility in Costa Rica is an account of a nuanced social manifestation that helps us to understand the transnational ramifications of sex tourism. On an even broader scale, Gringo Gulch is the analysis of human beings making the most of their own disparate realities in a neoliberal state.

Gringo Gulch: Sex, Tourism, and Social Mobility in Costa Rica has been published by the University of Chicago Press.

Professor Megan Rivers-Moore recently hosted an event at SAW Gallery to celebrate the publication of Gringo Gulch in collaboration with POWER (Prostitutes of Ottawa/Gatineau Work, Educate, and Resist) as a fundraiser for La Sala, Costa Rica’s sex workers’ rights organization. 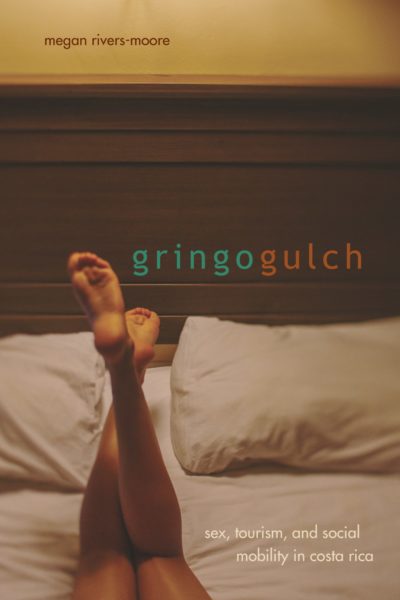 The COVID-19 health pandemic has challenged postsecondary institutions to extensively reconfigure their teaching and learning models. And while there has long been impassioned discussion on how the contemporary university might continue to evolve... More