Last year, the Faculty of Arts and Social Sciences and the Film Studies program (School for Studies in Art and Culture) invited you to celebrate the 75th anniversary of Casablanca with a free screening and discussion of the iconic Michael Curtiz film…

In 2018, we once again ask you to join us for a Curtiz picture – the often-forgotten Captains of the Clouds, released just prior to Casablanca in 1942.  Amazingly, the film has major Ottawa flavour.

Starring James Cagney, Dennis Morgan, Brenda Marshall, this is the Canadian version of the same story as Casablanca, In Captains of the Clouds, a rugged but self-interested loner, who at first shows no interest in the war effort, is eventually convinced to join the fight.  This narrative is, of course, supported by a dramatic love story.

The film is shot entirely on location in Canada, in North Bay and Ottawa, in spectacular technicolor.  Although it was filmed nearly eight decades ago, it features scenes in settings that anyone familiar with Ottawa will recognise — Centretown, the War Memorial, Parliament Hill, Chateau Laurier, and other well-known Ottawa locales.

In many ways, Captains of the Clouds is a historical curiosity.  It is a little-known Hollywood production, by Warner Brothers, in cooperation with the National Film Board of Canada and the Royal Canadian Air Force. Among many other fascinating nuances, the film features a cameo appearance by then Air Marshal Billy Bishop, flying ace of WWI. The film is the subject of an article, by Jessica Whitehead, to be published in the next issue of the Canadian Journal of Film Studies, which Prof. Furstenau co-edits. 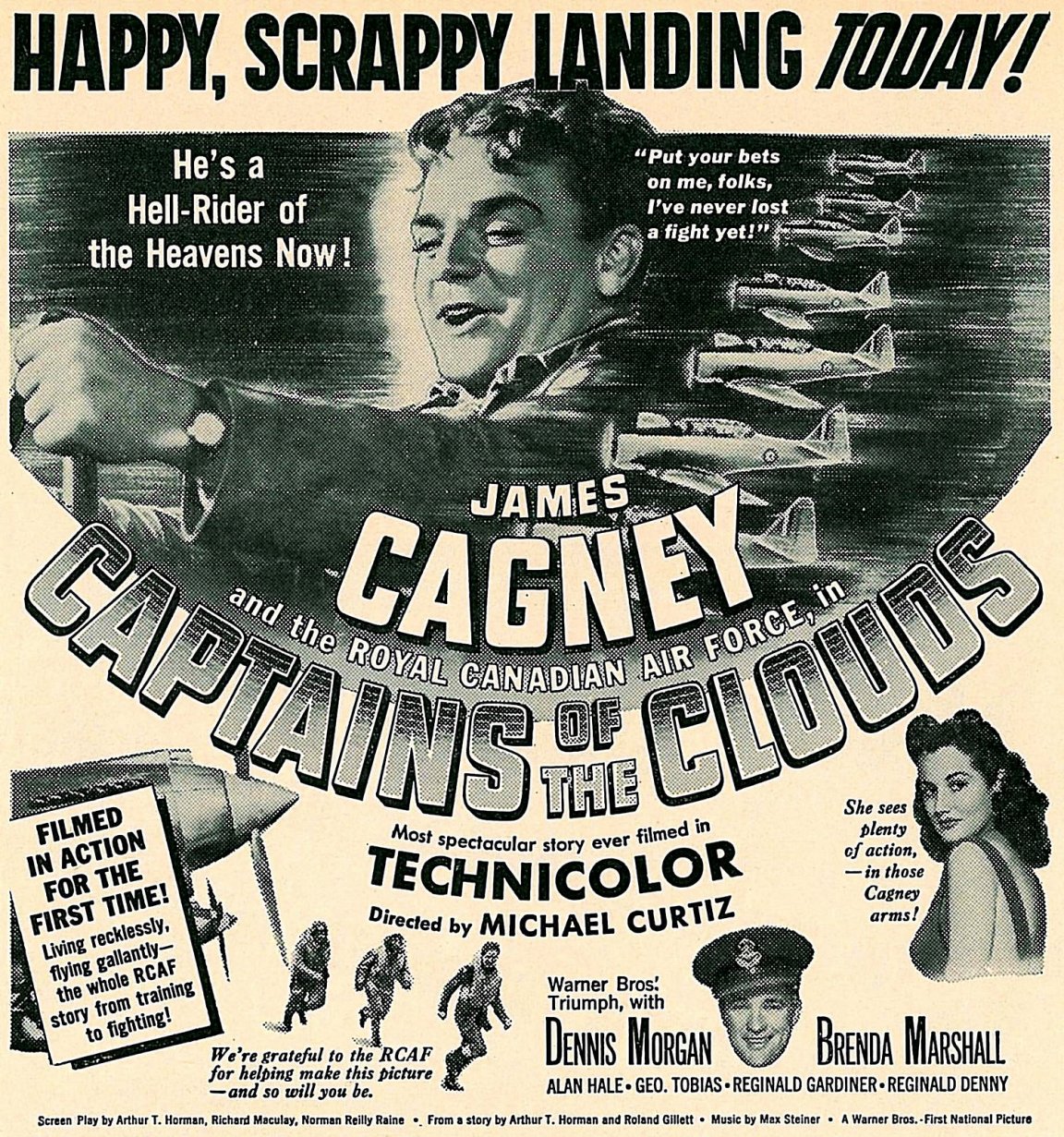 Dr. Marc Furstenau, Associate Professor and Director of the Film Studies program will return as our captivating host for the evening to introduce and situate Captains of the Clouds with a quick talk and by presenting some additional hidden gem film material relevant to the screening.

“Second, it is a Warner Brothers film, the one major Hollywood studio that had been willing to make pro-war and anti-Nazi films, which almost all the other studios had refused to do before the United States entered the war. And of course, it is a rare Hollywood film that is not only set in Canada but shot in actual locations, rather than on studio-lots and sound-stages standing in for Canada. And it features cameos by notable historical figures in Canadian government and culture.” 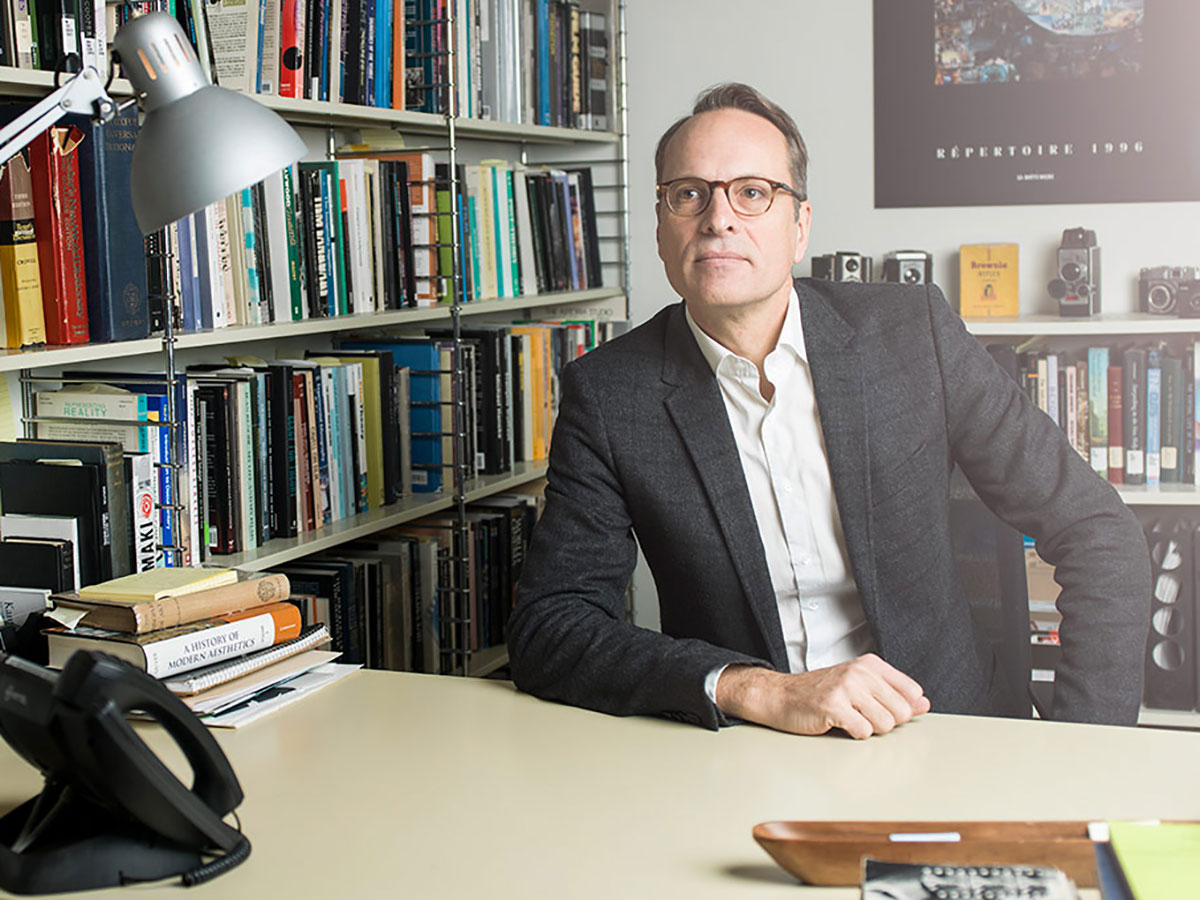 With the presentation of Captains of the Clouds by The Faculty of Arts and Social Sciences and the Film Studies program, Furstenau intends to highlight the importance of the historical and critical study of the cinema, while also presenting notable, entertaining (and in this case little-known) films to the public, in Carleton’s state-of-the-art on-campus film theatre, projected, as they should be, on the big screen.

Join us at the Carleton Campus Cinema, in the Richcraft Hall Theatre (room 2200), on Friday, November 30, 2018 6:00 PM – 9:00 PM. An informal reception will follow the film and discussion. There will be a wine bar, snacks, and, of course, unlimited popcorn will be provided throughout the evening.

Ruth Phillips is using digital technology to reassemble items of artistic, historical and linguistic heritage collected from the Indigenous peoples of the Great Lakes during four centuries of European contact. Phillips, Canada Research Chair in... More

Burkina Faso is widely regarded as the “Home of African cinema.” One of the principal contributors to this designation is the biennial Panafrican Film and Television Festival of Ouagadougou (FESPACO). Established in 1969, FESPACO is... More

Celebrated Italian actor and storyteller, Mario Pirovano, felt it was his duty to translate Lu Santo Jullare Francesco from Italian to English. This play was written by his mentor and theatre legend, Dario Fo, winner... More

Stories Are For Thinking: The Art and Research of Professor Zoe Todd

Stories Are For Thinking: The Art and Research of Professor Zoe Todd