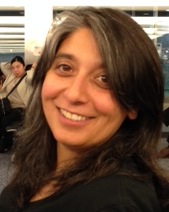 Associate Professor Patrizia Gentile, from the Institute of Interdisciplinary Studies (cross-appointed with the following: Department of History; Department of Sociology; School of Indigenous and Canadian Studies; Department of Law and Legal Studies), speaks about Beryl Rapier — then Beryl Dickinson-Dash – as part of a documentary by Julia Lipscombe of CBC Radio. A short excerpt is provided below with the full article, “How Montrealer Beryl Dickinson-Dash made history as McGill’s first Black queen of Carnival“, available online.

She was never supposed to be in McGill University’s 1949 Winter Carnival queen competition in the first place.

A third-year arts student, Beryl Rapier — then Beryl Dickinson-Dash — hadn’t considered entering the contest. She never thought of herself as exceptionally beautiful, and beauty contests just weren’t her thing.

And not insignificantly, Rapier is Black. At her majority white university, she didn’t even know if she was eligible to be elected queen of its Winter Carnival, an annual celebration that originally raised publicity for the school’s winter sports.

But the pageant world has historically been a white space, and Black women participating — let alone winning — have been few and far between. The first African American Miss America wasn’t until 1984, when actor Vanessa Williams won.

It’s a similar story here in Canada. Carleton University’s Patrizia Gentile knows the long history of Canadian beauty pageants well. She’s writing a book titled Queen of the Maple Leaf: Beauty Contests and Settler Femininity that will be out in the fall.

In the post-war period, beauty contests were ubiquitous.

“These beauty contests are about the white nation. They’re about exemplifying the values of Canada as a white heterosexual state,” said Gentile, an associate professor with Carleton’s Institute for Interdisciplinary Studies.

The fact Rapier won at McGill is particularly notable. The school was a “bastion of white elitism” that would have had restrictions, formal or informal, around race and religion, she said.

“The fact that Beryl actually won … is quite extraordinary, as a feat,” Gentile said.