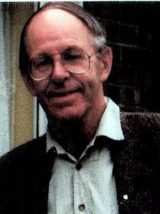 The department was saddened to hear of the passing, on December 16, of our colleague John Bellamy. John was a member of the department from 1968 to 1996.

John was one of the leading scholars engaged in the rewriting of the history of late medieval and early modern English criminal law in the 1970s. His Crime and Public Order in England in the Later Middle Ages (1973) was a landmark publication and led to a new appreciation of the extent and variety of criminal activity. In the following decades John wrote many important books on crime, criminal law, and the laws on treason, as well as venturing into more popular history with his 1985 study of Robin Hood. One of John’s most influential books was Strange, Inhuman Deaths: Murder in Tudor England (2005), a work that one leading historian of early modern English crime praised as “an imaginative, scholarly, and essentially humane book,” a description that also captures John’s work as an historian very well indeed.

It is a phrase, with ‘hilarious’ added, that could also be applied to John’s teaching. One former student described him as “affable, approachable and joyful … a story-teller-extraordinaire” who “brought history to life.” Another former student recalled that John was “far and above my favourite” professor and “the reason I decided to major in History.” After he retired John continued to teach his second-year England during the Middle Ages course to large and appreciative audiences. Those were less complicated times when it came to the question of learning outcomes, with John succinctly describing the aim and essence of the course as being “to appreciate medieval England c. 400-1500.” And John’s jovial and humorous approach came along with his own deep knowledge and serious appreciation for his subject. But as one colleague remembered, John wore his learning lightly in the classroom, making for an accessible style that had a long-lasting impact on many students. There cannot be a single person in the department whose time overlapped with John’s who did not hear from students about his great and unmissable lectures, ‘even if they were at 8.30’!

John’s wonderful dry wit was not reserved for his students. From chats in the hallways of Paterson, about history, the department, or the news of the day, to social gatherings, colleagues remember a cheerful colleague and a memorable conversationalist, one who could be occasionally biting in his assessments of the modern university and its administrative shortcomings! But as another colleague observed, even when poking sardonic fun, John’s gentle manner signaled that he was laughing along with his targets, not just at them. Known as a scholar of considerable significance and hailed as an extraordinary teacher, colleagues and students who were acquainted with him over the years he spent with us would also agree with the summation of one member of the department that John “was simply a lovely person.”

In keeping with the suggestion of the family, the department will make a contribution to the Dementia Society on behalf of us all.