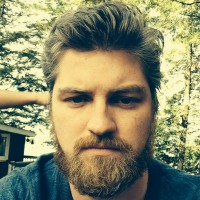 “Writing the German: Why an Ethnographic Attitude Matters to German Studies” co-authored article in progress.

Feb. 28-Mar. 1, 2014  “Wo ist denn der Eigendorf?!” (Where is your Eigendorf then?!):  The (Extra)Ordinary as Subversive in the German Democratic Republic (GDR), The 2014 McGill-Queen’s Graduate Conference in History, Montreal.

October 3-6, 2013       “The Challenge of Ethnography in German Studies” (Sponsored by the Alltag Network), 37th Annual Meeting of the German Studies Association, Denver, Colorado.

Seldom is the city of Berlin referred to as a “Fußballstadt”. When Berlin and football are spoken of in the same sentence, memories of corruption, hooliganism, the Stasi, and scandal are evoked.  Yet, like many major European cities, football has long played an important part in the everyday life of Berliners.  In my current project, I ask what Berlin’s fascinating football history can tell us about the postwar German history.  I suggest that football’s unique dynamism can help us view past the powerful image of the Berlin Wall as a symbol for division.  Rather, it presented East and West Berliners with unique opportunities for interactions. By turning to these under-appreciated areas of interaction, I hope to uncover how simultaneous processes of entanglements and division characterized the experiences of East and West Berliners.