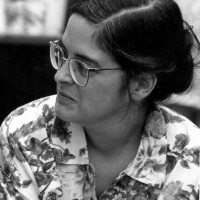 Kerry Abel has taught history for many years at Carleton (and formerly at the University of Manitoba and Queen’s) with an emphasis on the history of northern Canada and its Indigenous peoples.  Prior to her university career, she worked as a public historian for the government of Manitoba.  She is interested in integrating social and cultural history with political, economic, and environmental concerns.  Her current project, a life-and-times biography of Englishwoman Elizabeth Simcoe (1762-1850), may seem to have taken her in an entirely new direction, but is allowing her to explore questions about the past that have always fascinated her: the interplay of the personal, the political, and the cultural, and the role of bigger processes of historical change in shaping individual lives.

“Mrs. Simcoe: A Life in the Age of Revolution”