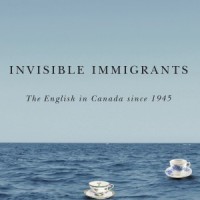 As an historian of Canada, I am particularly engaged with the study of immigration, women’s and gender history, and oral history. While associate professor in the department before retirement, I taught and supervised in these fields at the undergraduate and graduate level. Most recently, I have combined these interests in the research and writing of Invisible Immigrants: The English in Canada since 1945, a book that is co-authored with Dr. Murray Watson, a UK-based oral historian. The trans-Atlantic partnership in producing the book developed in part from an M.A. oral history seminar that I taught with Murray in the public history program at Carleton. I also have a personal interest in the stories of these English migrants because I experienced some of the differences between England and Canada when I was awarded a Commonwealth Scholarship to study for my Ph.D. at the University of London in the 1960s.

My writing about the English after 1945, the largest immigrant group to come to Canada in the immediate postwar era, built on my research regarding immigration in an earlier time period. I have a longstanding and continuing interest in the history of immigrant domestic servants in Canada, especially from the nineteenth century to World War II. These female migrants came mainly from England, Scotland, Ireland, Wales, and many countries in western and eastern Europe. Drawing from oral interviews that I undertook beginning in the 1970s as well as from government documents, photographs, and other archival records, I have written many articles about their life stories together with the policies and conditions that affected their migration experiences. In addition, because I am interested in the educational and religious response to immigrants in Canada, I have examined a little-known Anglican organization, the Fellowship of the Maple Leaf, that sent teachers from England to the rural elementary schools of western Canada in the 1920s, and in the depression of the 1930s sponsored church workers from England, mainly women, in more remote western Canadian districts that could not obtain priests.

Currently, I am also a Canadian collaborator in a major research project undertaken by Professor Marjory Harper, University of Aberdeen, Scotland, on migration and mental health. Canada is an important focus of the project that is examining the links between immigration and mental health primarily in the nineteenth and early twentieth centuries. At a 2014 interdisciplinary colloquium organized by Professor Harper at the University of Aberdeen, I presented a paper titled “Stories of Immigrant Isolation and Despair: Canadian Novels and Memoirs since 1850s.” This paper is being included in a book, The Past and Present of Migration and Mental Health to be published by Palgrave Macmillan in England.

“Stories of Immigrant Isolation and Despair: Canadian Novels and Memoirs since 1850s” in Marjory Harper, ed., The Past and Present of Migration and Mental Health, Palgrave Macmillan (forthcoming)

Chapters in Books and Articles in Refereed Journals

“Nation-Building in Saskatchewan: Teachers from the British Isles in Saskatchewan Rural Schools in the 1920s” in Phillip Buckner and R. Douglas Francis, eds., Canada and the British World (Vancouver/Toronto: UBC Press, 2006), 215-33.

“‘Two Homes Now’: The return migration of the Fellowship of the Maple Leaf” in Marjory Harper, ed., Emigrant Homecomings, The return movement of emigrants, 1600-2000, (Manchester, University of Manchester Press, 2005), 197-214.

“Canadianization Through the Schools of the Prairie Provinces before World War I” in M. Kovacs, ed., Ethnic Canadians: Culture and Education (Regina: Canadian Plains Studies, 1978), 281-94.

Stacey Zembrzycki, “Memory, Identity, and the Challenge of Community among Ukrainians in the Sudbury Region, 1901-1939,” Ph.D. Thesis, Dept. of History, August 2007. (co- supervision with John Walsh)

Faith Johnson, “Dorise Nielsen: The Life and Ideas of a Canadian Woman in Politics,” M.A. Thesis, Institute of Canadian Studies, 1989.