Home / News / How global is the Journal of Refugee Studies?

How global is the Journal of Refugee Studies?

By Rachel McNally and Nadeea Rahim

80% of the world’s refugees are in the Global South. But what about refugee research?

In 2019, the editors of the journal Migration Studies embarked on a self-reflection process about the geography of submissions to the journal, resulting in a blog post asking the critical question: Does the gap in migration research between high-income countries and the rest of the world matter? They concluded that the “vast majority of migration research seems to be originating in high-income countries.” LERRN’s own analysis of 235 published articles, chapters and books in the field of refugee studies in 2018 [1] showed similar trends, with over 90% of research originating in the Global North.

Inspired by this blog post and our initial analysis, LERRN analyzed the last five years of articles in the Journal of Refugee Studies, looking at the institutional affiliations of the authors and the thematic focus of the articles. The journal, which celebrated its 30th anniversary in 2018 and is considered the top journal in the field, published 167 articles in the five year period between 2015 and 2019. The journal is well aware of some of the issues surrounding imbalances in knowledge production, as shown by the publication of Loren Landau’s 2012 piece “Communities of Knowledge or Tyrannies of Partnership: Reflections on North–South Research Networks and the Dual Imperative.” 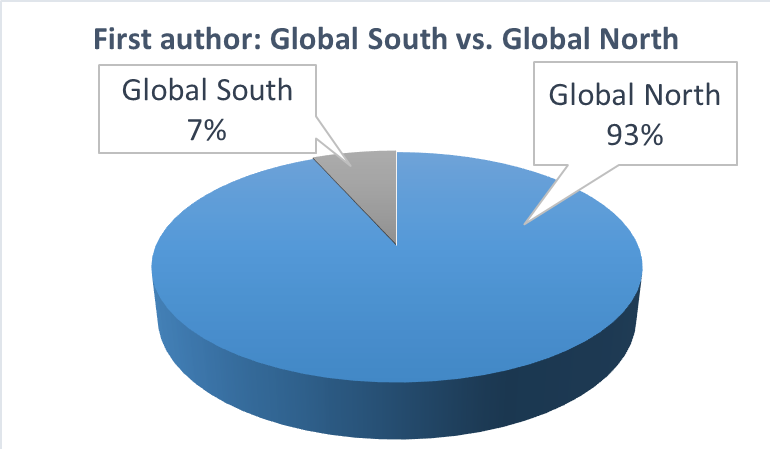 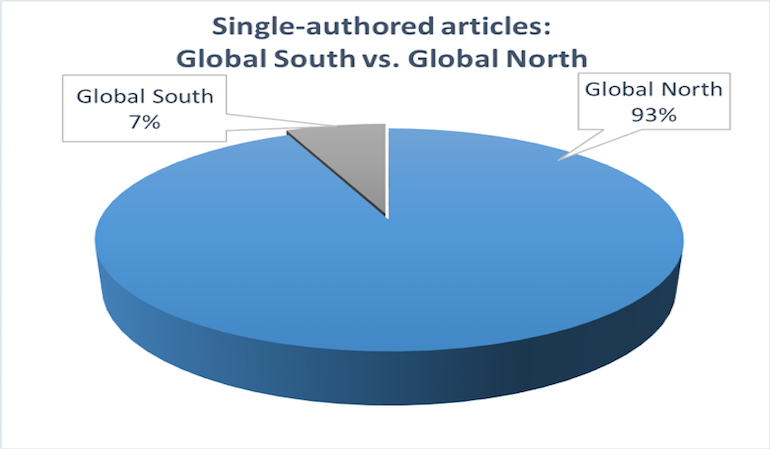 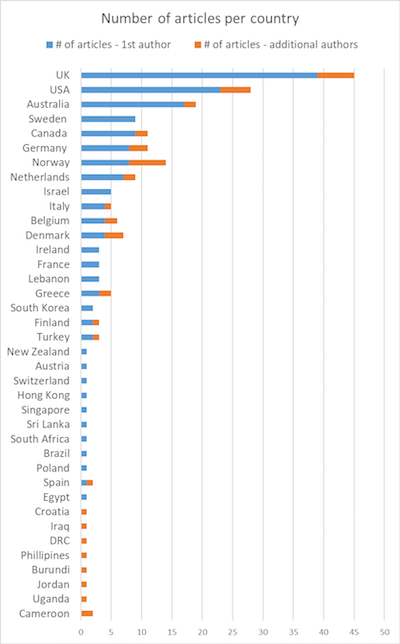 The picture changes somewhat when adjusted per capita, but the top 10 countries are still all from the Global North. This time, Norway leads the way with 26 articles per 10 million people. 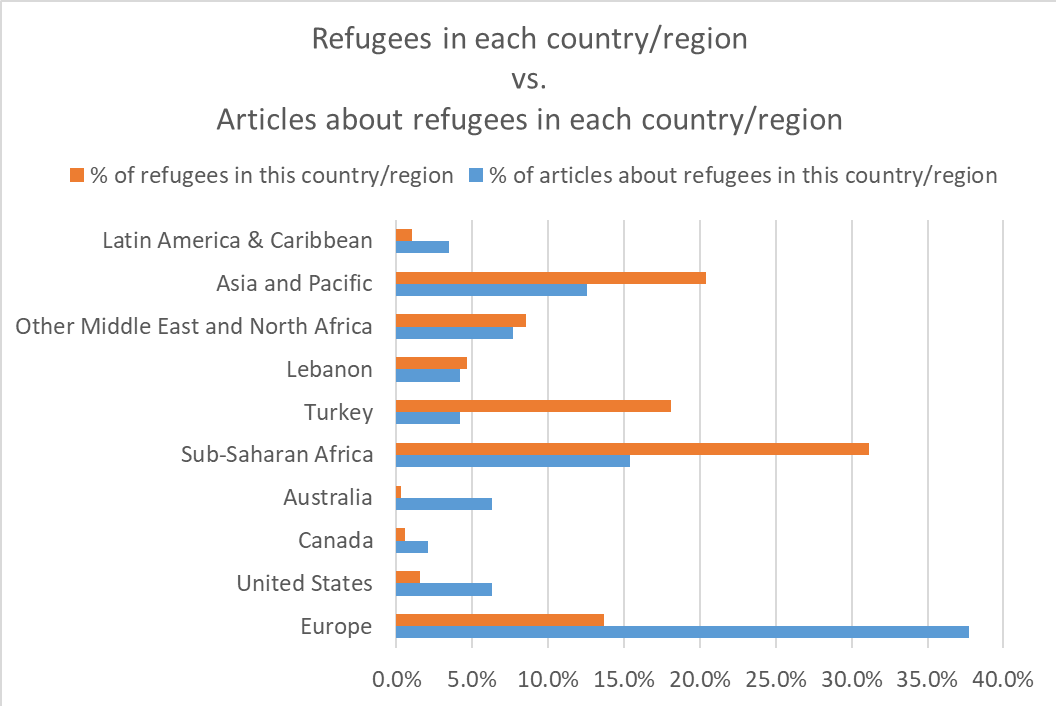 Europe (not including Turkey) is greatly overrepresented, with 38% of articles but hosting only 14% of the world’s refugees. These numbers include 18 articles from a special issue in December 2019 “New Perspectives on the European Refugee Crisis.” Other Global North countries, including the United States, Canada and Australia, are also overrepresented in relation to the percentage of refugees they are hosting. Together, articles focusing on refugees in Europe and these three countries make up over half of articles (53%), whereas they host only one in six (16%) of the world’s refugees. In contrast, Turkey, Asia and the Pacific, and Sub-Saharan Africa are underrepresented.

What can we learn about research in refugee studies?

Although the Journal of Refugee Studies is not the only outlet for publishing refugee research, it is a prominent outlet and likely generally representative of the field as a whole.

Rachel McNally is a Project Officer at LERRN, as well as second year Master’s student in the department of Political Science at Carleton University specializing in refugee resettlement policy.

Nadeea Rahim is a Program Officer at LERRN, as well as third-year undergraduate studying a combined honours BA in Biology and Human Rights at Carleton University.