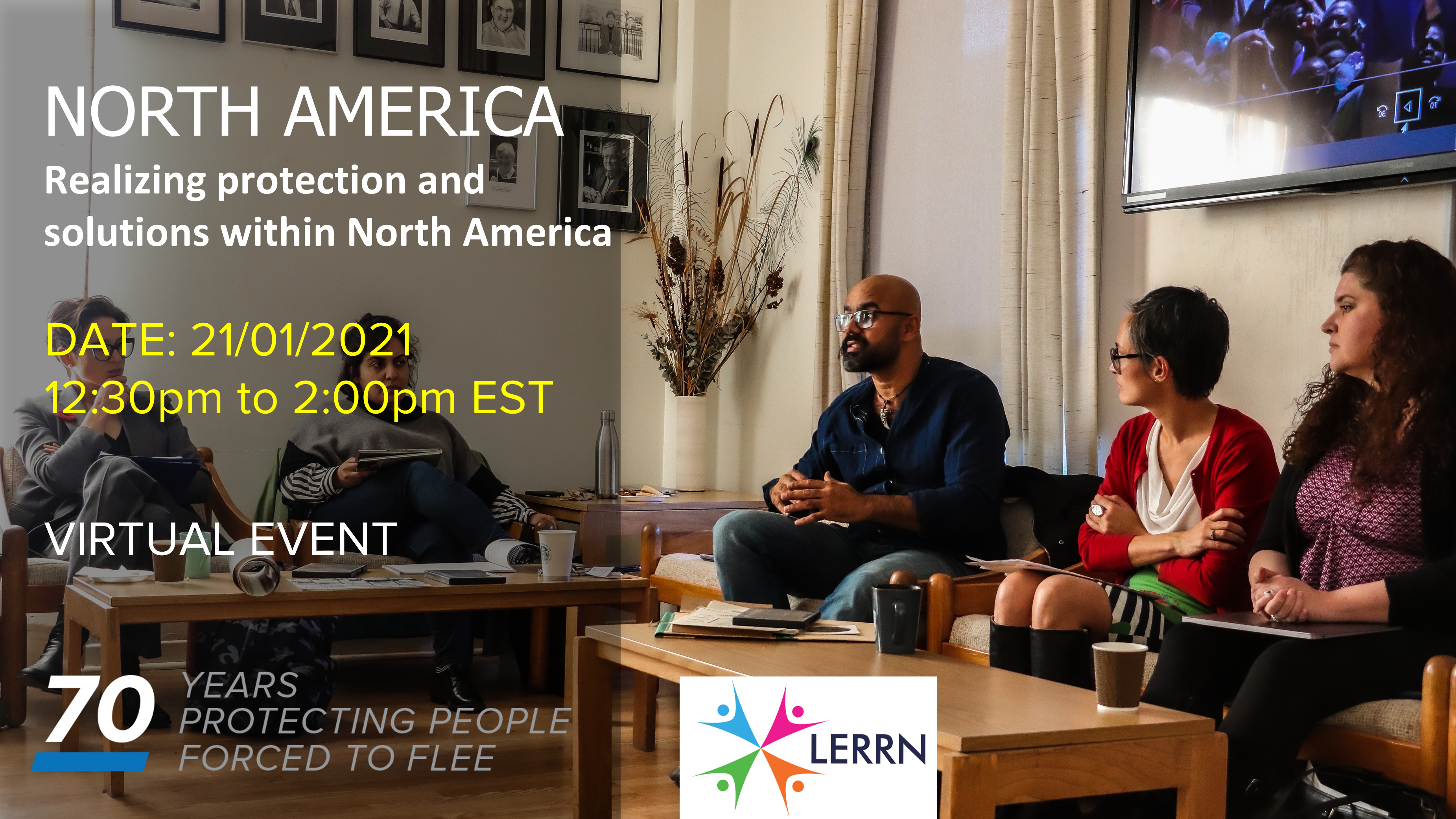 North America may not be the first region that comes to mind when thinking about refugees and the UNHCR, but as the panel made clear, it is not for lack of concerns. A key theme of the presentations was what co-moderator Jennifer Hyndman referred to as the region’s “thickening borders” – or the set of new state policies and practices that work to limit asylum seekers’ access to legal protection. Delphine Nakache, Associate Professor at the University of Ottawa, provided examples of these processes at work in Canada. She argued that while Canada has become a world leader in refugee resettlement, “there is a growing gap in Canada between the treatment of refugees selected overseas versus those claimants who arrive at the Canadian border.”

A key issue is the Safe Third Country Agreement (STCA), which dictates that refugee claimants entering Canada or the US at an official land port of entry must request protection in the first country in which they arrive. In the past 5 years, the number of claimants at the border has increased, resulting in greater numbers of individuals being sent back to the US. But as Nakache pointed out, the US cannot always be considered ‘safe’. Many unsuccessful claimants in the US face deportation to countries where there is a high risk of persecution, and there is currently no way for the Canadian government to ensure their protection and safety. In addition, many claimants who are returned to the US are put into detention. On these grounds, the Federal Court of Canada ruled in July 2020 that the STCA violated the Canadian Charter of Rights and Freedoms and should therefore be suspended. The Trudeau government, however, filed an appeal, keeping the STCA in force for the time being. Nakache underlined how the pandemic has magnified these safety risks. In December 2020, the Canadian government resumed deportations of unsuccessful refugee claimants, despite their own policies which have closed the borders to non-essential travel.

The scale of Canada’s ‘spontaneous’ arrivals, however, is minor compared to that of Mexico’s. Recent economic, environmental, and political crises in Central America have put Mexico at the centre of one of the world’s major migration corridors. Alejandra Macías Delgadillo, Executive Director of Asylum Access Mexico, described how the Mexican government’s response has been driven by security concerns. The military presence at the southern border has been dramatically increased, and large numbers of arrivals are detained and deported, including families and unaccompanied minors.  In fact, between 2017 and 2019 the Mexican government has deported 87% of claimants who have been detained at the border. Delgadillo highlighted how reversing these policies will not be easy. There is currently a lack of political will in the country, but a desperate need to improve the legislative environment to ensure greater protection for asylum seekers and refugees, particularly the most vulnerable. Additionally, the Mexican Commission for Refugee Assistance (COMAR) – Mexico’s refugee agency – faces significant staffing and resource limitations. As a result, there is a backlog of 80,000 asylum cases.

There is one country in North America, however, that may soon see dramatic changes in a positive direction. “The United States is back in business” claimed Eskinder Negash, President and CEO of the US Committee for Refugees and Immigrants. Negash highlighted how President Biden has signalled his intention to overhaul the country’s immigration system and repair the moral reputation of the US on the global stage. During his campaign, President Biden announced his administration would admit 125,000 refugees per year, a number that would once again make the US the world leader in refugee resettlement. On the day of his inauguration, he rescinded the controversial ‘Muslim ban’. Larger changes are evident in President Biden’s proposed immigration bill, which would offer pathways to citizenship for the country’s 11 million undocumented immigrants, extend legal protections for families and unaccompanied minors, and provide additional resources to relevant federal departments, including $4 billion for an inter-agency plan to address the underlying causes of migration in Central America. While Negash recognized it will take time to repair the damage done by the previous administration, he was optimistic that these changes will soon have a positive global impact.

Panelists also offered insights into what role the UNHCR might play in North America in the coming years. In terms of country specific activities, this role will depend on context. As emphasized by Nakache, we do not have a good idea of what happens to refugee claimants sent back to the US from Canada, and Canada’s practices at the border are not without fault. Here, the UNHCR could play a key role in terms of monitoring and advocacy. The same goes for the US, where the detention of families and unaccompanied minors has been in practice for several years. In Mexico, there may be room for a more hands-on approach. While advocacy is still critical, Mexico’s refugee agency COMAR requires more financial and human resources to cope with the growing number of asylum applications and refugees continue to face considerable barriers to integration.

But North America also has common concerns. The biggest issue facing the region is displacement from Central America. Individuals travelling this route face considerably health and security risks, and the scale of movement places strain on the immigration system of Mexico and to a lesser extent the US. Delgadillo stressed that a regional approach, guided by human rights principles, is critical. Considering a potential windfall of resources in the US for activities in Central America, the UNHCR could play a key role in bringing players together to develop, implement, and monitor a regional approach that increases the health and safety of migrants. Here, the UNHCR can also play a key role sharing information, lessons, and best practices between policy-makers and advocates of the region. As stated by Negash, the UNHCR has done incredible work in North America and worldwide over the past 70 years, but they may require new tools, ideas, and strategies to address the challenges of the future.

These panels and the LERRN-IDRC Webinar Series on Forced Displacement are coordinated by Jennifer Kandjii, LERRN Research Officer. For further information or ideas please contact us here.

To read the report on Panel 2, “North America within the global refugee regime,” click here.