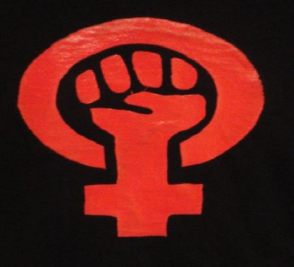 Wondering why you’re suddenly seeing people wearing orange even though it’s after Halloween? It’s because today is International Day for the Elimination of Violence Against Women, and the first day of 16 Days of Activism — a campaign focused on activities that help end gender-based violence worldwide.

As the title of the campaign suggests, individuals from all over the world participate in awareness-raising and activist-oriented activities over the course of 16 days, frequently donning orange, the colour of the campaign, while they do it.

CFICE’s Violence Against Women (VAW) hub is no exception. This year they are co-sponsoring a panel and discussion on the role of social work in ending gender-based violence on campuses and beyond. The event is scheduled for December 1 from 3pm – 4:30pm and will be held in room 517 of Carleton University’s Dunton Tower. The panel will feature insights from distinguished VAW activists and academics, including: 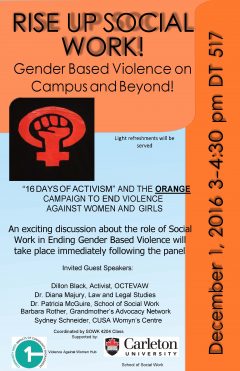 This event runs as part of a series being organized and hosted by different local Ottawa groups across the city. Kicking off with a Cards Against Misogyny event, which was held on November 24, the series includes a Feminist Fair, legal education workshops, art installations, and more. The campaign culminates on December 10–International Human Rights Day.

That the campaign crosses both International Day for the Elimination of Violence Against Women and International Human Rights Day is no mere coincidence. The dates of the campaign, originally identified at the first Women’s Global Leadership Institute in 1991, were strategically chosen to bring recognition to gender-based violence as a human rights issue.

The very first 16 Days of Activism campaign began with the launch of a petition calling for the United Nation’s 1993 World Conference on Human Rights to fully integrate women’s rights and gender-based violence issues into all aspects of the conference’s programming. According to Rutger’s Centre for Women’s Global Leadership website, “the petition was circulated to 124 countries and translated into 23 languages…the number of signatures gathered exceeded one million [by 1995].” Since then, over 5,000 organizations in 187 countries have participated in, or organized their own, activities for the campaign.

The 16 Days of Activism campaign not only unites us in our fight to end gender-based violence, but also serves as an inspiring example of how our local activism can translate into global action.

To find out more about events being hosted in Ottawa, check out our 16 Days of Activism calendar.

Hosting an event yourself? Share information by posting in the comments section below! 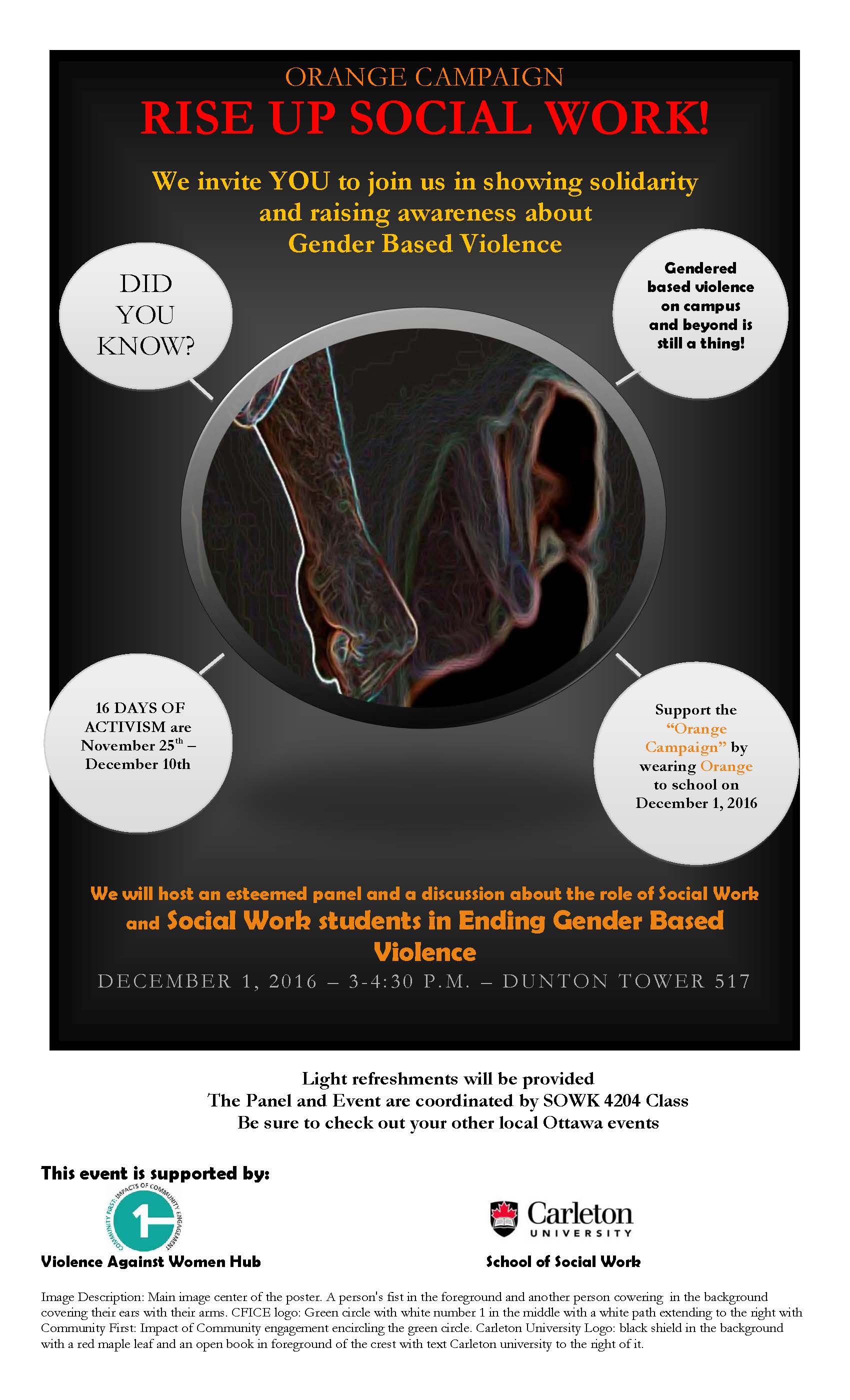