The Rise Up Social Work discussion and panel was held on December 1st from 3-5pm. Coordinated by the SOWK 4204 class in partnership with CFICE’s Violence Against Women (VAW) Hub, the discussion explored the role of social work in ending gender-based violence. Attendees were invited to wear orange to show their support for ending violence against women. 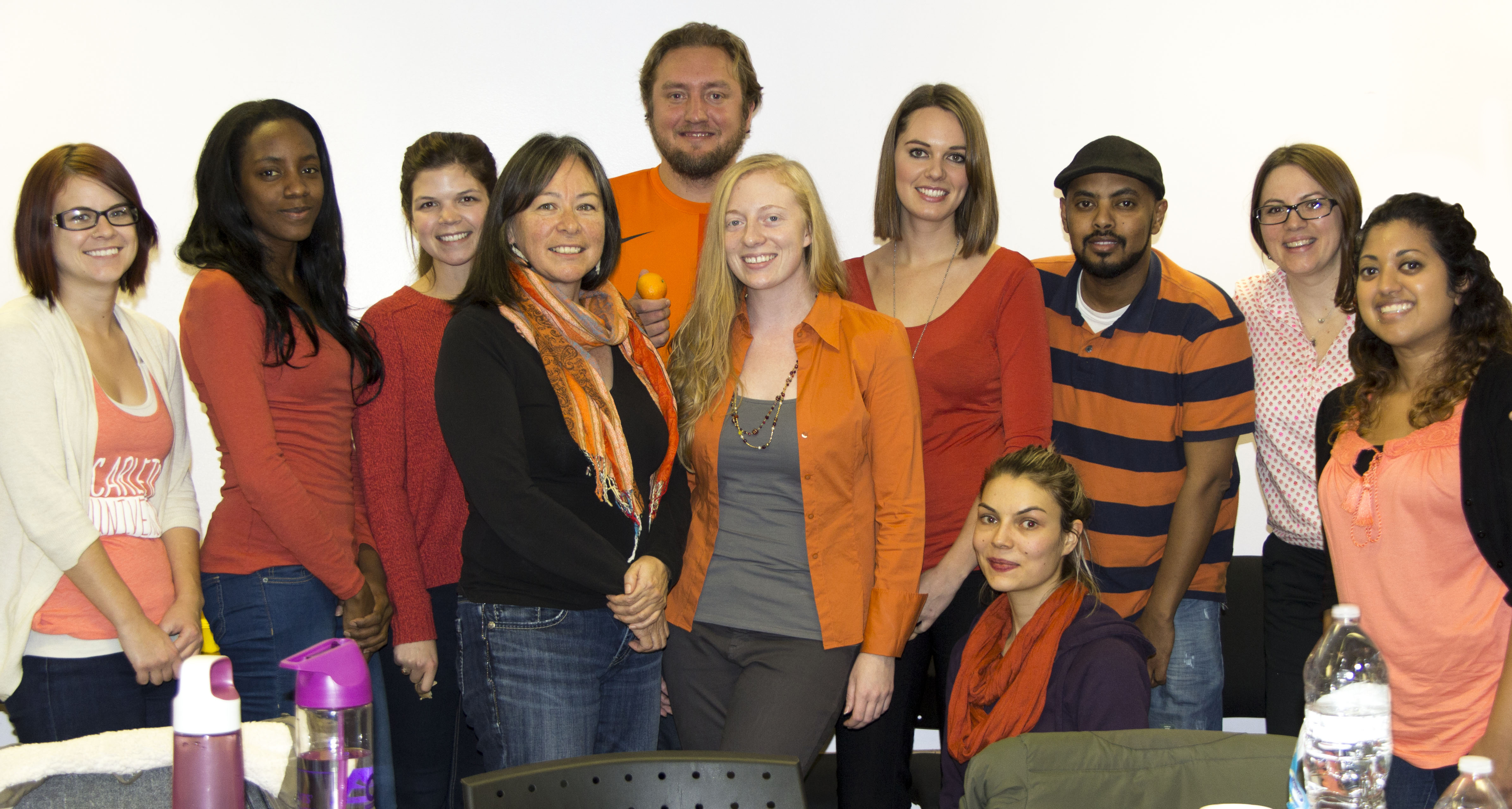 The SOWK 4204 class wore orange as part of the occasion.

In light of Carleton University’s recently approved Sexual Violence Policy, a policy put in place to satisfy the new provincial requirement, panelists spent some time discussing sexual violence on campus and the importance of validating the experiences of sexual assault survivors. Panelists also discussed male dominated spaces and the creation of the sexual assault support centre at Carleton. These discussions touched on how identifying areas of sexual violence and gender-based inequalities on campus and around the world can help social workers (and social work students) understand how changes can be made to best address these types of issues.

For panelist Barbara Rother, with the Grandmothers Advocacy Network, addressing these issues and creating change means allocating funding and educating the public on the vulnerability of grandmothers and children, particularly in Sub-Saharan Africa since this is the focus of her work. For Sydney Schneider, program coordinator for CUSA Womyn’s Centre, change comes from advocating for safe spaces among spaces that are primarily male dominated. In particular, Sydney has been advocating for women’s only gym hours at Carleton.

CFICE’s VAW research assistant, Anna Przednowek, who is also the instructor for SOWK 4204 whose class organized the Rise Up Social Work! event, said the purpose of the event was to engage in conversations about violence against women and gender-based violence. “I think our event was a success,” said Przednowek. “We brought the issues of VAW/GBV [Gender based violence] to our class and had an opportunity to hear from experts, including survivors, who are doing the work both in the community and in academia. We had quite a few students and community members outside of our class participate in the event.” Przednowek noted that many of the attendees were already involved in VAW work, so the challenge remaining is to engage those who are disengaged or deactivated from thinking about VAW issues. 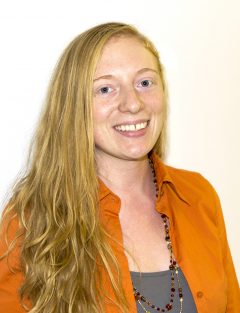 Emily Bohusz, a Bachelor of Social Work student in the fourth year, shared her thoughts on the event.

Emily Bohusz, a BSW student in the fourth year Social Work class who attended the event, also felt the event did a good job in bringing attention to VAW issues. “It’s a really diverse group with lots of different topics that all stemmed back to violence against women, between indigenous rights, LGBTQ issues, and ageism and Grandmothers [Grandmothers Advocacy Network], as well as international issues,” said Emily. “It was really interesting that all these different perspectives came in and brought the issues back to the one topic of violence against women.”

The discussion and the panelists highlighted the importance of this event in drawing attention to issues surrounding gender-based violence. As Dillon Black, an activist member of OCTEVAW who participated in the panel discussion, said “[gender-based violence] is not just a women’s issue, it’s everyone’s issue.”

“It’s an important issue that affects all women,” Bohusz added. “All women on campus are susceptible to being victims of violence and I think it’s really important that we’re here.”

Campaigns like 16 Days of Activism certainly help draw attention and awareness to issues of violence against women, but it is important that we don’t forget about this issue the other 349 days of the year. “One of the reasons for holding the Rise Up Social Work! Event was to engage in conversations about VAW/GBV, activism and the roles of Social Work in ending VAW/GBV at the School of Social Work during the 16 Days of Activism. Students are also very interested in our role as students and future social work practitioners and what we can do in our social work practice,” said Przednowek.

As discussed at the event, you can do your part to keep the conversation going by staying informed about things such as policies that are affecting the lives of women who have experienced violence. You can also join protests and show solidarity with movements both in body and on social media. Alternatively, you can share VAW resources, participate in referendums, and sign petitions to end violence against women to make your voice heard.