More than half of the world’s population now live in cities and other urban settings. That means farmland often gets paved for urban development. While the number of farms and farmers in Canada are decreasing, making food ever more valuable, Canada wastes approximately $31 billion worth of food every year. That accounts to around 40% of food production. People have been distanced from their food source and are far away from the consequence of consumption. We’re wasting the labor and resources of people in distant areas and countries. The more that this happens, the more that we create a vulnerable city that can topple at any moment. 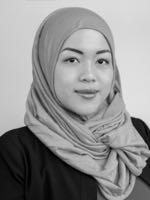 Tammara Soma, PhD candidate at UofT and 2014 Pierre Elliott Trudeau Scholar, has taken the matter into her own hands. Soma recently launched a social innovation project titled ‘Food systems Lab’ which aims to determine policy options to address one of the century’s biggest challenges: preventing food waste. The project’s ultimate outcomes are: 1. Tangible solutions that reduce food from being wasted and add efficiency to the food system. 2. National level policies to support a sustainable food system that conserves water and energy, enhances ecosystems, and mitigates climate change. 3. Equitable collaboration between stakeholders in the food system, especially those from marginal communities. The lab’s social innovation approach was chosen because social innovation includes long term solutions and interventions, and interdisciplinary, evidence based policy.

Soma hopes that evidence generated from this project will lead to better urban planning that incorporates sustainable food systems and includes other aspects such as resiliency to climate change. “Urban Planners can contribute positively or break food systems,” she says.

The project includes a lot of collaboration between campus and community. On the subject of food waste on campus, Soma says universities are big institutions that have a lot of space with land and purchasing power. She believes students on campus are starting to take initiative to deal with food waste on campus but universities can do more. “To start making an academic influence, we have to start with the university itself.” 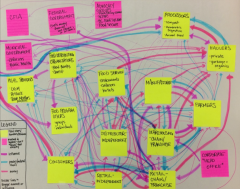 One of the project’s priorities is to understand and collaborate with the Indigenous communities in Toronto and the Greater Toronto Area. In Indigenous cultures, the idea of waste doesn’t exist.

Engaging with urban farmers is another priority. The project currently has representation from the urban farming community. Soma is also looking into bringing members from faith based communities as they have an influence in society and can bring about ethical change around food waste. The Pierre Elliott Trudeau Scholar says that this was the most challenging aspect of the project but arguably one of the more important ones. Ultimately, the priority is to produce evidence based policy.

The project is also looking for people who would be interested in collaborating with and contributing to the project. For more info contact: info@foodsystemslab.ca