At Community First: Impacts of Community Engagement (CFICE), we recognize the need to be intersectional in our work and research in order to address injustices in all forms. CFICE works to optimize the impact of campus community engagement by working on Community Food Security, Community Environmental Sustainability, and Poverty Reduction. 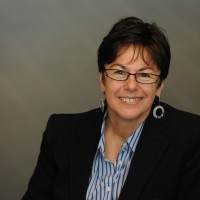 Kim Pate is CFICE’s Community Co-Lead for the Violence Against Women Hub and a member of the Program Committee.

My understanding of Intersectionality is that it’s a framework that recognizes the multiple inequities that marginalized people face. These injustices are interconnected, and to eradicate them, we need to focus on all of them simultaneously. To understand more about intersectionality, I interviewed Order of Canada Recipient Kim Pate, the executive director of the Canadian Association of Elizabeth Fry Societies and the community co-lead for CFICE’s Violence Against Women hub.

To Kim, intersectionality, with respect to violence against women work, means working with women’s groups, anti-poverty groups, and anti-racism groups. Social justice work requires a lot of intersectionality as, for example, food security relates to poverty and environmental sustainability work. In northern communities and indigenous communities, you often see poverty strongly linked to the ability of people to have sufficient and safe food and water. Kim says these communities are living in conditions that are considered lower than developing countries by UN standards. This is mostly related to the environmental injustices they face.

With regards to environmental justice, Kim says, “Environmental, food, and women issues are issues that are very much linked to the land, particularly for First Nations communities.” Kim also notes that sustainable development nowadays is more likely to include substantive financial and economic justice for women.

In community work, it’s often encouraged to work in silos in order to be more focused on issues, but Kim says that can be counterproductive as you end up with siloed departments, that are working in the same areas but are really isolated from one another. People don’t think about their personal security, income and food security one day at a time. It’s all interconnected because they simultaneously face these realities everyday. Kim says that the fact that CFICE tries to make linkages across violence against women, environmental sustainability, food security, and poverty is really important because they are interlinked.

In terms of successful examples of Intersectionality, Kim cites the late Cathleen Kneen as an example of someone who was very involved across different movements and was intersectional in her approach. Cathleen was involved in the food security anti-poverty and women’s movements. Kim says women’s collectives have done a great job being Intersectional. They set up everything in their communities, from community co-operative kitchens to gardens and childcare facilities. There are, however, a few of those examples now.

One of the barriers of working in groups, Kim says, is a lack of resources. Intersectionality requires resources which are hard to come by in an age of austerity due to several government cuts and defunding.

To activists and people who want to make a difference, Kim says, expect and challenge all levels of government working towards greater national food security, poverty reduction, environmental sustainability, and eliminating violence against women . They can work together by modelling, promoting, and supporting those who are already working to together.

Resources to learn more about Intersectionality:

What the hell is intersectionality and why should you care?