Have No Fear, its Crystal Clear: What Successful Science Publications can teach us about Knowledge Mobilization

Science can be scary. It can be complex, overwhelming, and difficult to understand at times—frustrating even. But it doesn’t have to be that way.

Movies and television may have propagated the image of the crazed and frenzied scientist for years, but its time to ditch that stereotype! And it’s time to accept that you don’t have to have a degree in science to understand it, all thanks to the many successful science publications that make science accessible to everyone. There is a lot that these publications can teach us in terms of techniques for mobilizing knowledge in all fields of research.

Maybe you’ve noticed some of the popular videos posted and shared by science publications on social media that explain or show science experiments. Maybe you’ve even shared them yourself. Publications such as I F****** Love Science (IFLS for short) and asapSCIENCE have done a phenomenal job of making science understandable and even fun with the use of GIFs, little video clips, and interesting photographs.

This GIF demonstrates the concept of gravity by invoking the popular “mic drop” expression.

How? They make science relevant to everyday life and use plain language to explain complex concepts. In essence, they answer the “so what?” question.

This is the key to IFLS’s success, continues Barriault, “They really do make it relevant to people in their everyday lives and they show them what the relationship is to these findings and what they do everyday.”

This is something journalists, bloggers, and knowledge mobilization workers should all take a page from in adopting the IFLS approach.

When interviewing scientists, journalists and writers can help in this process of articulating research by trying to find comparisons and analogies to things that might be more widely understood by the audience. CBC’s Bob McDonald uses this approach in the radio show Quirks & Quarks, He aims to make the stories and science he discusses interesting and relatable by connecting the science to things that listeners already understand. 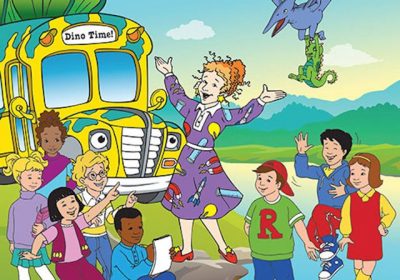 Many science communication sources have been doing this for a while. For example, think of the popular kids show The Magic School Bus! This show was targeted to children who are themselves students, but who also often have big imaginations that allow them to get excited about the wild premises presented in the show. In one episode for example, Ms. Frizzle takes her students (and the viewers) on a tour of the human digestive system by literally driving herself and her students into a student’s mouth with the aid of her magical yellow bus. Talk about hands-on experiences! The show made science enjoyable and fun by making science exciting and accessible to its intended audience.

IFLS is doing the same thing but with a new platform to better suit their target audience. “If we look at things like Discovery Channel and Nature of Things and popular magazines,” Barriault says, “they remained relevant and popular and now I think this [social media] is the new way to consume science. Because it’s social media, it’s online content, it’s sort of the Discovery Channel of this generation.”

“Another thing that’s important,” Barriault says, “is that they’re not dumbing it down. Science websites are still doing science justice. They’re still being accurate. They’re not over simplifying; they’re not glamorizing with headlines. They’re saying it how it is. They’re finding a way to make it connect with everyday life.”

The oversimplification of research and science is something that Barriault does caution against. She recommends knowing your audience so you know where to start in your knowledge mobilization efforts. “We have to give the public and our reading audiences credit for being genuinely interested in what’s going on in the world of science and scientific discoveries,” says Barriault. “Don’t take for granted that the person in front of you has absolutely no knowledge of what you’re talking about. Find out where their starting point is, what they know, what they’ve experienced, what they understand and build on that.”

For years now science publications have found ways to popularize science research and engage their audiences. Now its time for researchers in other fields to more actively get on board! Start by finding ways to make your research relevant to the lives of your audiences and make your findings matter by answering the “so what” question that’s on everyone’s mind.