Partners in Action: Pathway to Potential

The Community First: Impacts of Community (CFICE) project works closely with it’s community partners to deliver a community first approach. One of those partners is Pathway to Potential, an organization committed to reducing and preventing poverty in the Windsor/Essex community of Ontario and a community partner of CFICE’s Poverty Reduction Hub. 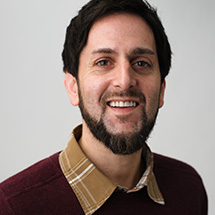 Adam Vasey, the Director of Pathway to Potential, says the organization looks at the big picture when working to end and prevent poverty.

“Our work has really been focused at changing policies, changing attitudes and really taking a systemic approach to the issue of poverty,” Vasey says.

As a community partner of CFICE, Vasey says Pathway to Potential has see huge value in the partnership.

“Our involvement with CFICE is interesting – it could have been a one-off on a specific project,” he says. “We were really intentional at a grassroots level and thought: ‘Let’s look at building a model that might be sustainable after the CFICE grant.’”

Vasey says Pathway to Potential already had ties with some departments at Carleton University, like the Department of Social Work, and saw the CFICE project as a natural fit.

Pathway to Potential wanted to bring everyone together to “develop a truly shared model that wasn’t owned just by the university or just by the community, but rather is mutually beneficial,” Vasey says.

The logo an employer can display in the Windsor/Essex community if they pay a living wage.

The Living Wage Campaign launched in March 2015 in partnership with the Windsor/Essex Chamber of Commerce. The goal is for employers in the community to pay their employees a living wage.

So far, Vasey says, 28 employers have signed up for the program.

“We need to have a critical mass of living wage employers in our community who can start to put pressure on other employers and tell the story about the benefits of the living wage. That way we start to have a culture of employers who recognize that it’s an investment in our local economy.”

With the rate of inflation and the struggles of today’s society, a minimum wage just isn’t enough, especially for someone trying to get out of poverty.

“There is an assumption for some people that work is always a pathway out of poverty and people are increasingly recognizing that minimum wage, in a lot of communities, is not enough for people to meet all of their basic needs,” Vasey says.

“To me, a living wage is one of the biggest areas of impact an employer can have because it’s making that commitment saying we’re investing in you as an employee and we’re committed to ensuring that you will meet your basic needs and not have to use a food bank.”

The employee sees benefits of social inclusion, and enhanced community participation and health, Vasey says, while the employer sees a boost in morale by having happier, more loyal employees with less turnover.

One of the ways they were able to get so many employers on board with the project is because they are well known in the community. They are the go-to for questions about poverty or evidence of poverty for the media and community members.

They’ve worked hard to change the perception that changes to poverty can only happen from a top-down level.

“I think the role of Pathway to Potential is to ensure a community-driven approach and ensure we have the capacity and relationships at the local level to do the work,” Vasey says.

“If you don’t have those, the higher level policy changes aren’t necessarily going to make a difference in the community.”