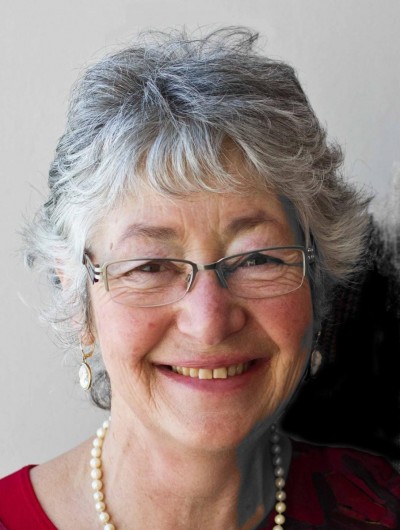 On February 21st, 2016, our friend and colleague, Cathleen Kneen, passed away. Cathleen has been a huge part of the CFICE community since the beginning. As the former director of Food Secure Canada, she served as community co-lead in the Community Food Security (CFS) hub. Cathleen strongly believed in CFICE and in the potential power of knowledge co-creation between community researchers and academic researchers to address the many social and environmental challenges facing Canada. Her strength of vision will continue to guide us moving forward.

Cathleen has had an enormous impact across Canada, from her days in the 1970s and 80s as a feminist organizer in Nova Scotia, to taking a lead role in establishing the BC Food Systems Network in the 90s, and in working to build bridges between that network and indigenous food sovereignty activists in particular. Cathleen also had a huge impact on the national scene in Canada, as the main organizer of Food Secure Canada and a strong advocate for community organization participation in the Canadian Association of Food Studies. This preoccupation was central to shaping the role that the CFICE CFS hub played as an interlocutor between those two organizations in recent years.

For those in Ottawa, there will be a visitation on Friday, February 26, from 2-4pm, at the Ottawa Funeral Co-operative, 419 St. Laurent Blvd.. There will be other celebrations all over the country throughout the spring as well. You can also visit and share some of the tribute pages to help celebrate the amazing legacy Cathleen Kneen has left:

When Great Trees Fall (a poem shared in memory of Cathleen)

In lieu of flowers, please send donations to Inter Pares, the BC Food Systems Network, the National Farmers Union, and/or MiningWatch Canada/the Canary Research Institute on Mining, Environment, and Health.

Below are some additional thoughts on Cathleen shared by CFICE Co-investigator Mustafa Koc:

“With great sadness I am sharing the news about Cathleen Kneen’s death. Cathleen and Brewster Kneen have been an inseparable duo, activists, caring citizens, community organizers and bon vivants. I had a chance to work with Brewster at the Toronto Food Policy Council during the early 1990s. I had worked with Cathleen even longer, in organizing the Working Together Conference at Ryerson University in 2001, and working closely in the following years to organize a series of conferences that eventually lead to the formation of Food Secure Canada and the Canadian Association for Food Studies. She was among the founders of the Canadian Association for Food Studies and Food Secure Canada. It was under her leadership Food Secure Canada adopted food sovereignty agenda.

As two passionate people, we were not always in agreement on everything, but we respected our differences and it was pleasure to work with her, learning from her passion for change and determination to work for a better world. My last exchange with her shows that until the last few days, she was not ready to give up. Last time when I visited them in Ottawa, she was planning about the Food Secure Canada assembly in Toronto in October 2016. I will miss Cathleen, her passion for life, her commitment to social justice, her desire for social change and her love of life. I hope we can celebrate her life wherever we are, in our communities, in our kitchens, with our friends and family.