Founded in 2013, GottaGo! advocates for a network of public washrooms in Ottawa that are easy to find and accessible for all, particularly for vulnerable populations.

To Joan Kuyek, Chair of the GottaGo! campaign, this means having washrooms that are non-gendered, and that come with baby-changing tables and stalls that are both accessible and usable for people with disabilities. “This would be seen as a public good and something that had to be there,” Kuyek said about the importance of public washrooms.

In order to make substantial change with the GottaGo! campaign, Kuyek said there is a focus on accomplishing goals that they consider to be reasonably achievable. For example, in 2013 the group lobbied the City of Ottawa to include public washrooms in two Light-Rail Transit (LRT) stations at Bayview and Hurdman. The project was a success as the city agreed to put toilets at the hub stations, if not at the Park and Rides (where commuters park their cars to continue their travel via public transit). 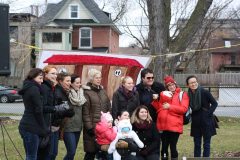 The CFICE partnership with GottaGo! enabled the campaign to obtain a number of student research assistants who helped research and publish two reports: Talking Toilets: Assessing the accessibility of public toilet provision in Ottawa, Ontario, and Flushing Inequality: An Assessment of Availability, Accessibility and Quality of Public Toilets in the City of Ottawa. Both reports addressed the importance of accessible public washrooms and the inadequacy of Ottawa’s current public washroom network.

Since releasing these reports, GottaGo! has worked with the City of Ottawa to create a map that outlines the locations of 190 public washrooms in the Ottawa area. The map also provides details, in both French and English, about the washrooms’ accessibility, hours of operation, and the availability of baby-changing tables. The information was also published on the City’s website, as well as on two mobile apps: Bathroom Scout and Toilet Finder. Both are available for Android and Apple phones. 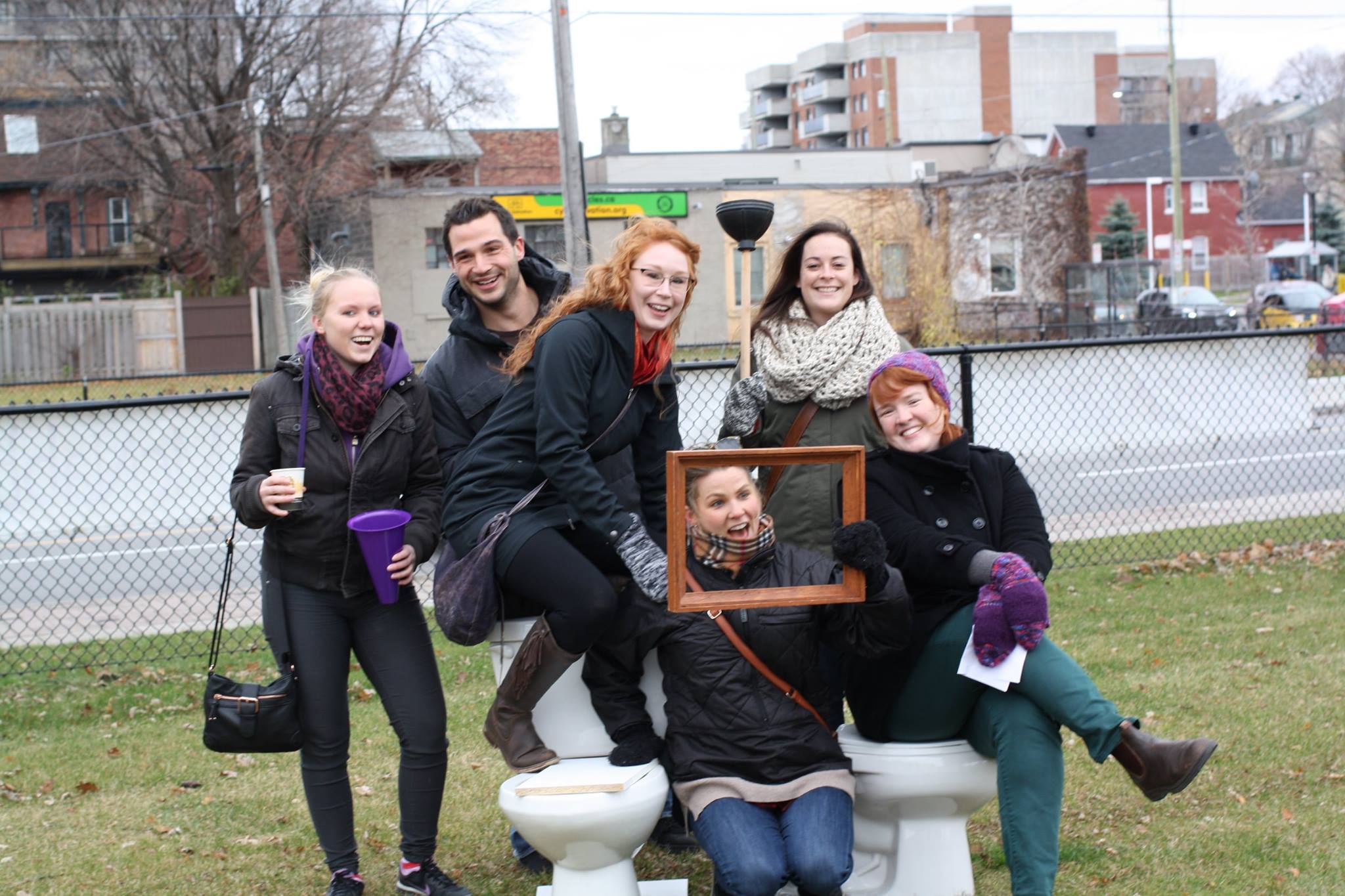 Having public washrooms available also plays a huge role in environmental sustainability, according to Kuyek. When people don’t have access to public washrooms they often have to choose between two options, both of which would increase pollution. The first is doing one’s business in the bushes (physically contaminating the area), which is more likely to happen when people are in public parks without a nearby washroom. The second is the choice to stop taking public transit in favour of a private vehicle (increasing air pollution), which happens when people who take public transit find a lack of washrooms on their route.

In order to reduce the environmental impact of public washrooms, GottaGo! is currently promoting and advocating that toilets similar to Ecosan waterless toilets be put in public parks. According to their website, Ecosan is able to dispose of waste without contaminating or impacting the water resources surrounding it. 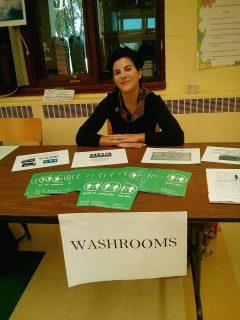 Despite the successes of the campaign, there are still challenges to overcome in the implementation of a network of public washrooms. According to Kuyek, the City of Ottawa hasn’t taken responsibility for public washrooms in years, choosing instead to rely on private homes and businesses to provide access. This, coupled with budget cuts for public goods and services, has meant that it is difficult for groups like GottaGo! to ask the municipal government to pay for more and better toilets. However, GottaGo! is still lobbying the City and monitoring the process of their current projects.

“What we want is a culture, basically, that takes care of people’s needs to defecate and urinate,” Kuyek said about the proposed network within Ottawa.

For more information about GottaGo!, please visit their website.