Montreal, May 4, 2017 — Today, Food Secure Canada (FSC) is releasing From Patchwork to Policy Coherence: Principles and Priorities of Canada’s National Food Policy in anticipation of the launch of federal government food policy consultations. The discussion paper outlines the key principles and priorities that need to be addressed as Canada’s new national food policy is developed.

Food Secure Canada and its members have been campaigning for an integrated and forward-looking food policy for years. In 2011, FSC published Resetting the Table: A People’s Food Policy for Canada, and in 2015, the Eat Think Vote campaign mobilized thousands of Canadians to dialogue with candidates for office about food policy. This new discussion paper, which includes input from dozens of organizations, offers some perspective and ideas on this historic opportunity. 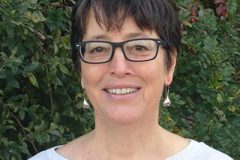 “The federal government is talking a great deal about innovation, and clearly Dominic Barton’s focus on agriculture and agri-food as a prime sector for economic growth has caught the imagination of some,” said Diana Bronson, Executive Director of Food Secure Canada. “But right across our food system, there all kinds of innovations that deserve public support, ranging from urban agriculture, to small- and medium-sized enterprises focusing on local and sustainable food markets, to healthy school food programs and sustainable fisheries.”

Food Secure Canada is calling upon all Canadians concerned with hunger, health and sustainability to get involved in the government’s national food policy consultations as soon as they are announced.

“It is vital that we hear not only the voice of industry, but also of family farmers, young people who cannot afford a healthy diet, experts in sustainable agriculture, Indigenous communities rebuilding their traditional food systems and others. We are all eaters and we all have something to say about our food system,” said Bronson.

High rates of food insecurity and diet-related disease, coupled with declining numbers of farms and growing concerns over climate change, point to the many contradictions and persistent challenges that need to be addressed in our food system. With a patchwork of government policies, programs and strategies, within multiple departments and in various jurisdictions, the current approach is inadequate. The discussion paper points to the need to prioritize healthy and sustainable food for everyone in order to make Canada a true food policy leader.