Indigenous people occupy a delicate and critical space in relation to food security and food system research, and far too often such research has been rejected by Indigenous communities as disrespectful of their culture or even downright exploitive. In “British Columbia,” cross-cultural dialogue has been embraced by the BC Food Systems Network through hosting the Indigenous Food Sovereignty Network and developing relationships with the Vancouver Island and Coastal Communities Indigenous Food Network, and various academic institutions around the province. The BC Food Systems Network is comprised of a diverse group of people involved in food systems work, including: traditional harvesters, farmers/gardeners, Indigenous food sovereignty leaders, academics and researchers, civil society organizations, political advocates, and others.

As part of a 2012-2013 joint project with CFICE, the BC Food Systems Network sought to answer the “why”, “who” and “how” of BC’s successful models of cross-cultural dialogue and relationships in the realm of food security. Working with partners representing the BC Food Systems Network, the Working Group on Indigenous Food Sovereignty, and the Vancouver Island and Coastal Communities Indigenous Food Network, the team learned from the first hand experiences of active food systems advocates and organizers.

The resulting report uncovers a small sampling of the factors which have enabled cross-cultural dialogues and outline promising practices in academic / community collaboration based on mutual respect. Interviews and sample formal protocols were used to explore the experiences of active food systems advocates and organizers, including engaged academics and community activists, in their efforts to work together to address community food systems issues.

To read the full PDF report, click on the image below. 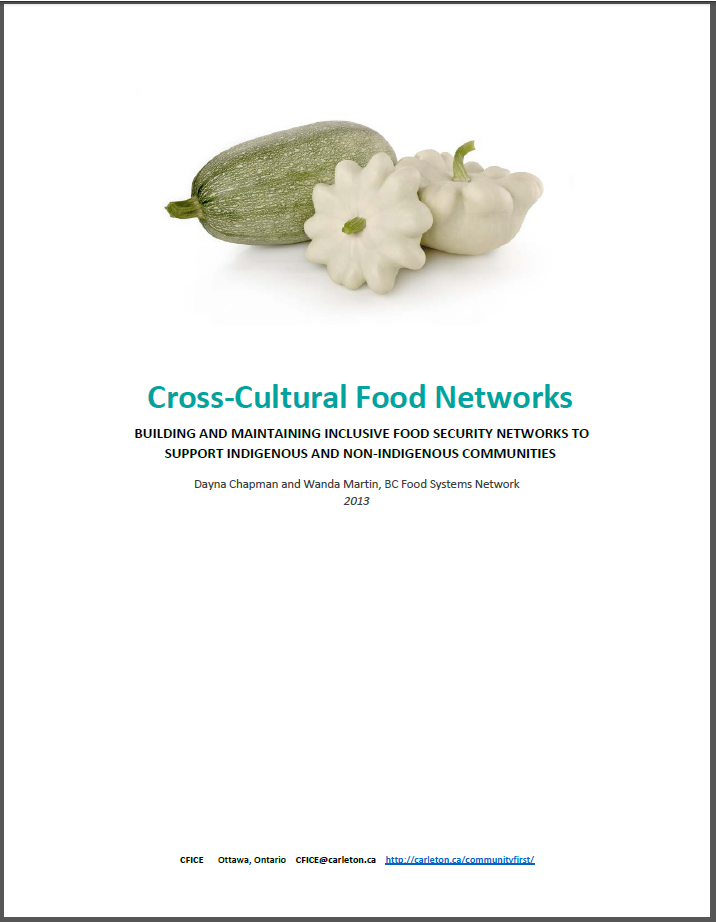