We recently had an extraordinary opportunity to discuss what is happening on food policy with European experts and organizations, as well as colleagues from around the world, in events in Brussels (29-30 May), Budapest (30 May-1 June) and Brighton (June 4-5). Here are some of the highlights of those events with some of the resources for people who are interested in knowing more. 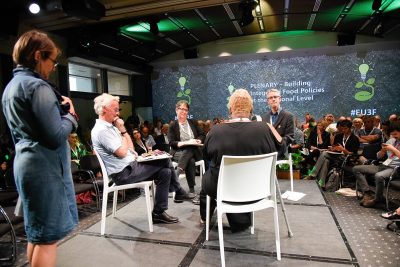 Peter Andree and Diana Bronson participate in a panel at the EU Food and Farming Forum in Brussels.

The first event was the EU Food and Farming Forum in Brussels, organized by IPES-Food—the International Panel of Experts on Sustainable Food. IPES-Food is, in some ways, the international counterpart of Canada’s Food: Locally Embedded and Globally Engaged (FLEdGE) research group, and one FLEdGE co-investigator, Molly Anderson from Middlebury College in Vermont, is an active member of both groups. IPES-Food has published a number of thought-provoking reports since 2015 on the role of international governance mechanisms in the transition towards sustainable food systems.

Designed as ‘participatory democracy in action,’ the EU Food and Farming Forum attracted over 250 representatives of civil society organizations, social movements and governments from across Europe. Participants prepared a series of proposals designed to form the basis of a Common Food Policy for Europe. Launched in 1962, the EU’s Common Agricultural Policy (CAP) has been criticized by food analysts and activists alike for being expensive—almost 40% of the EU’s total budget—unsustainable and highly damaging to developing countries where subsidized exports are dumped below their real costs. Replacing the CAP with a Common European Food Policy is being championed by, amongst others, Olivier de Schutter (former UN Special Rapporteur on the Right to Food and Co-chair of IPES-Food). Much like the conversation in Canada around the proposed Food Policy for Canada, the EU’s Common Food Policy is proposed as a way to break down policy silos and build a more healthy and sustainable food system that is equitable, especially to the people involved in growing or otherwise making the food we eat. 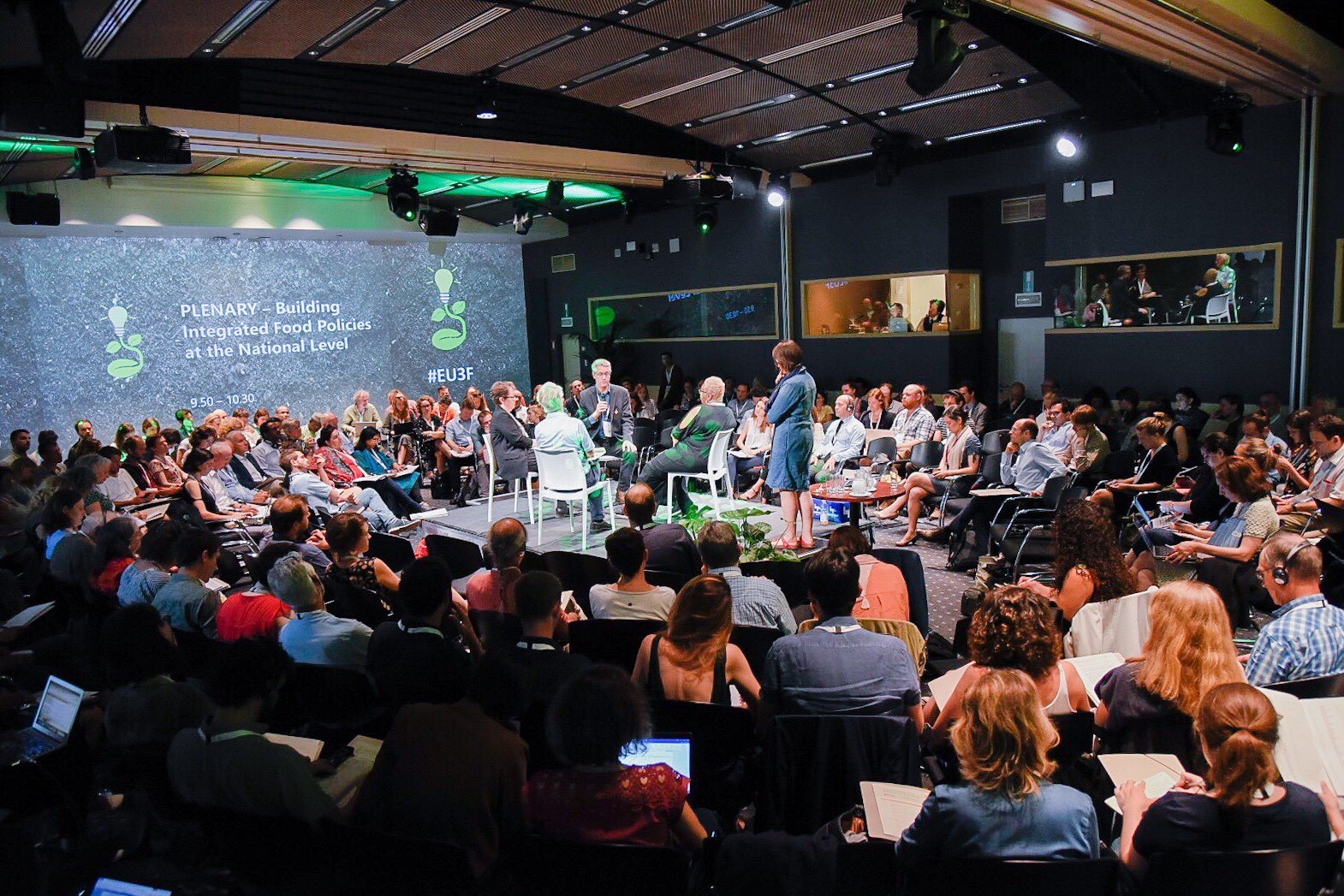 The room was full for Peter Andree and Diana Bronson’s panel on Building Integrated Food Policies at the National Level.

Sustainable food system advocates in Europe are watching Canadian developments in food policy with interest. We were invited to speak on the opening plenary, along with organizations working on food policy and food system transitions from England and the Netherlands. It was striking to see the similarities in the issues we are facing, and to see the same debates among civil society actors that we have: How can we ensure sustainable food is accessible? What issues should be tackled first? How can we get more traction for a joined-up food policy and bring more actors around the policy-making table? How, as civil society organizations, can we have better access to decision-making and reform governance of our food system? How do food sovereignty, the right to food, and the sustainable development goals fit into food system reform? At the end of two days of discussion, many organizations endorsed a proposed European Food Policy Council, drawing from the model that Food Secure Canada (FSC), alongside many other stakeholders, endorsed for Canada.

We then went on to the beautiful city of Budapest for the 8th biennial conference of the Living Knowledge Network (LKN). The LKN is a gathering of academics and civil society organizations committed to community-based research. Three days of discussions, poster sessions, and workshops examined the power dynamics between researchers and community groups. We heard many examples of innovative partnership models where communities are truly equal partners in research. For the past six years, Food Secure Canada (FSC) has been a core partner in the CFICE Project, so we shared how we have been working through this partnership to support knowledge co-creation and policy change towards a more socially and ecologically just food system. The CFICE project is now launching a permanent network of academics and practitioners who are committed to working together to improve research practices and evidence-based interventions. In Budapest, we were able to share details on this emerging network, called Community-Campus Engage Canada, with colleagues who have developed similar networks in Europe and around the world. 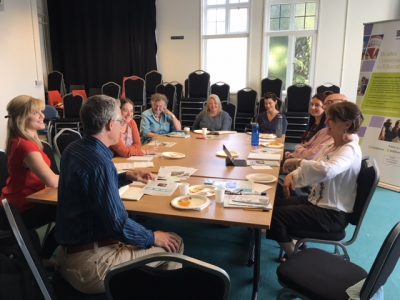 The Institute for Development Studies and IPES-Food host discussions on the political economies of sustainable food systems.

Our last stop was the beautiful sea-side town of Brighton, UK where the Institute for Development Studies and IPES-Food co-hosted two days of academic discussions on the political economies of sustainable food systems. This workshop provided an opportunity to examine the complexities of food system reform with some of the world’s top thinkers. It was heartening to see that this list included a disproportionate number of Canadians, many of whom are connected with the FLEdGE and CFICE networks, among them Cecilia Rocha (Ryerson), Charles Levkoe (Lakehead), Harriet Friedman (University of Toronto), and Paul Uys (Guelph). The goal of the workshop was to help IPES-Food further their analysis of the political ‘lock-ins’ that inhibit movement towards sustainable food systems, and to explore various approaches for identifying the levers that can bring about change. Discussions were wide-ranging and included topics such as food riots, agroecology, alternative food cooperatives in China, the power cube, and resilience theory.

Central to the discussions at all three events were questions of power and practice: How can we best work together across our own silos, disciplines, professions, and geographies to redesign food systems badly in need of reform? We learned that the work we are doing in Canada to address these questions – both what we do and how we do it – is being watched closely by allies in Europe and beyond. Thanks to the support of CFICE, FLEdGE, and IPES-Food we were able to share the important food policy work of FSC Canada and others to meaningfully contribute to sustainable food systems dialogues in Europe and beyond.