CFICE Violence Against Women Hub Steering Committee member Holly Johnson recently wrote a piece for The Globe and Mail on police accountability in sexual assault cases. An excerpt of the article can be found below. To read the full piece, please visit The Globe and Mail. 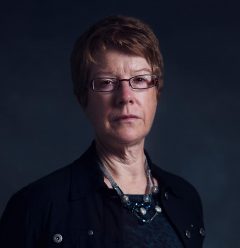 Holly Johnson, associate professor in the department of criminology at the University of Ottawa. ©The Globe and Mail

Sexual-assault survivors have a troubled relationship with the police and courts in Canada. Trust has deteriorated to the point where just 5 per cent report to the police. This is not surprising given the poor treatment many receive at the hands of the police and truly abysmal treatment in court.

This is why it is welcome news that after more than two decades, Statistics Canada released unfounded sexual-assault rates.

The data come after a 20-month Globe and Mail investigation published last year which showed that, depending on jurisdiction, between 2 per cent and 51 per cent of sexual-assault allegations are dismissed by police as “unfounded” and do not appear in crime statistics. This sends a powerful message to women that, should they report, there is a very real chance the police will not believe them.

The Globe series has been a game-changer. It has trained a spotlight on this urgent policy issue in a way advocates and researchers, armed with similar data, have not been able to do.

All this attention puts pressure on police to review how they handle sexual-assault cases. Some are partnering with local sexual-assault support centres in a transparent effort to understand and remedy problems while others have committed to closed-door case reviews and others to no review at all. According to The Globe, internal reviews in some police departments with above-average unfounded rates concluded there were no problems with investigation or case classification. Nothing to see here, move along.

Pressured to revise their data-collection strategy, Statistics Canada investigated and found police often relegate sexual assaults to unfounded when they are reported by someone other than the survivor. Such a scenario occurs when survivors do not want involvement with the police, but want to ensure the police receive a report about it. Research shows that protecting other women is a strong motivator for coming forward. It is also important for establishing patterns and possible serial offenders. Other cases are unfounded when survivors did not want to proceed to court, or when police felt evidence would not stand up in court, even when there was evidence of an assault.

The new and improved coding instructs police to “err on the side of belief” and to adopt a victim-focused approach that is free of judgement and bias. A report is to be considered “founded” if police have reasonable and probable grounds to believe a crime has occurred, or there is no credible evidence to confirm a crime did not occur. Cases where women do not co-operate with police, want charges dropped, or are intoxicated or unconscious are not unfounded.

Police are instructed to follow the recommendations from the International Association of Chiefs of Police, which states that all reports should be taken as valid unless evidence proves otherwise.

This directive is a clear recognition that police may invalidate legitimate sexual-assault complaints unless explicitly instructed not to.

To read the full article, please visit The Globe and Mail.