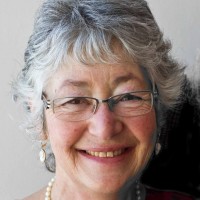 Cathleen Kneen was a feminist food hero! She mentored hundreds of Canadians, from coast to coast, in the Food Security Movement. In 1999, she spearheaded the development of the BC Food System’s Network, and served as the Executive Director until she finally moved to Ottawa in 2006. Cathleen worked with Just Food in Ottawa, was the chair of the Ottawa Food Policy Council, and former chair of Food Secure Canada. She was also an editor, co-writer, illustrator and designer of the Ram’s Horn, which is journal of Food Systems Analysis.

In 2012, she was honoured with a Lifetime Achievement Award by the Organic Council of Canada and designated a Female Food Hero by Oxfam Canada. Food Secure Canada’s ‘Cathleen Kneen Award’ was even named after her. CFICE was honoured to have such a talented, and experienced woman as the co-lead for the Community Food Security hub prior to her passing in 2016.