One of Jane Schwering’s favourite places to study at Carleton University is on the 5th floor of the school’s main library. From that height, close to the large windows along the west side, she has a clear view of Ottawa’s experimental farm. For Schwering, it’s reminiscent of home.

Schwering’s father is a farm manager in St.Marys, ON, southwest of Stratford, which meant she and her brother spent much of their childhood living on several different farms in the area.

Successful farming hinges on efficiency and animal welfare, says Schwering, and from a young age, she witnessed those efficiencies in action. In part, it inspired her desire to pursue a degree in mechanical engineering.

“My first ever job was working in a tie-stall barn milking 96 cows,” she says. She applied milking machines the cows, weaving through the group of 96 in a careful pattern while letting the clever machines take care of the rest.

“The milkers sense the flow-rate of the milk the cow is producing, and once it drops below a certain level, they come off. This way, you don’t over-milk the cow, which helps to keeps her healthy, and you don’t have to watch her during the process. It’s more efficient,” she says.

In high school, she enjoyed her math and physics classes. When it came time to make decisions about university, some advice from a family friend helped Schwering realize she might be a good fit for engineering.

“He told me to take my strengths and my weaknesses, then apply them to what I love,” she says. 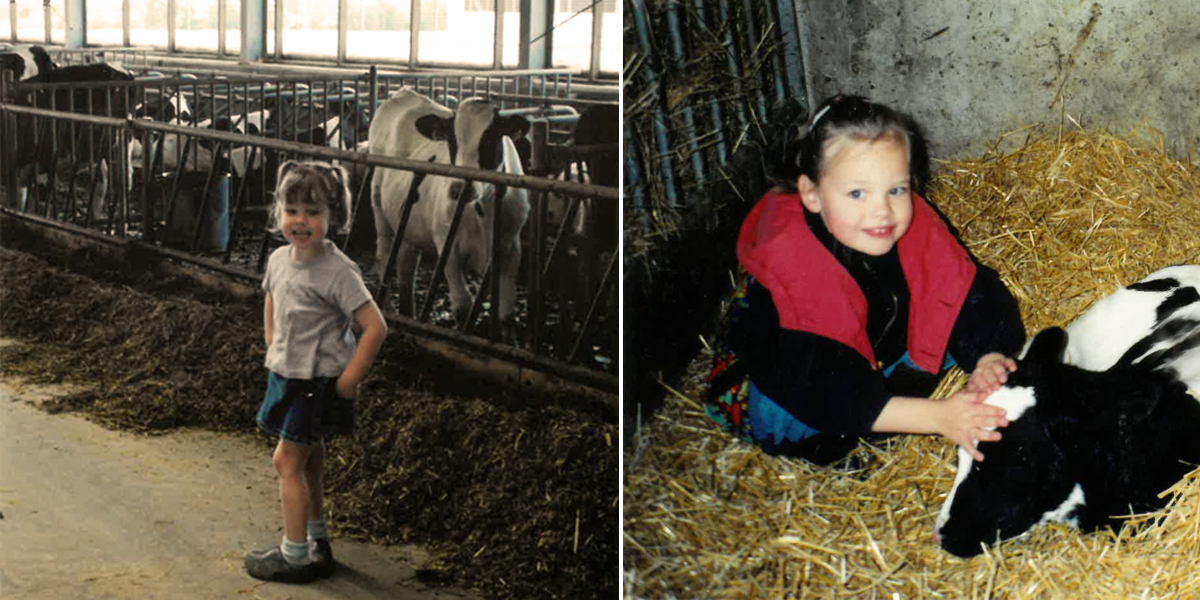 Jane grew up on farms in southwestern Ontario, pictured here at ages 4 and 5

Far from the milking parlours of southwestern Ontario, Schwering’s first few weeks at Carleton University in Canada’s capital city came as a bit of a shock.

“Coming from an area where I had to drive everywhere to a city with a transportation system was a big change,” she says.

“I chose Carleton because of the mechanical engineering program, the fourth year projects, and the sense of seclusion from the rest of the city. The only people on campus are people who are meant to be here. And the green space made me feel a little more at home.”

Currently completing the final semester of her degree at Carleton, Schwering is planning to pack up her life in Ottawa for a career in the agriculture sector, and has landed her dream job back where it all began. 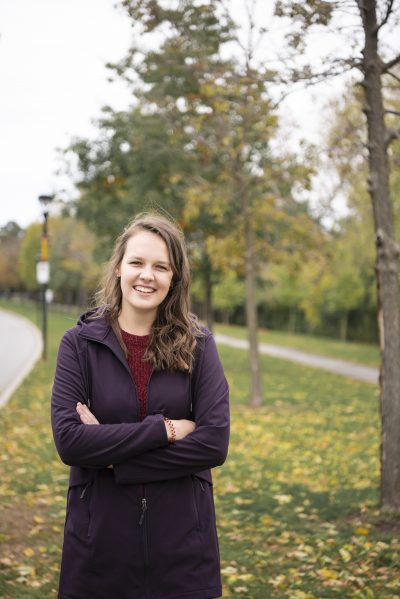 Over the summer, she seized an opportunity to work at Nuhn Industries, a 115 year old family-run farm equipment supplier located a couple towns over from St. Marys.  Her hard work and dedication has led to a full-time position with the company beginning in January 2019. Schwering is one of two engineers employed at Nuhn, and has put several skills from her mechanical engineering courses to use.

“A course I took on CAD/CAM has really helped with my drafting skills, plus I got an introduction on how to do toolpaths,” says Schwering. “I wouldn’t be able to do the job at Nuhn without what I’ve learned at Carleton.”

For those outside of animal agriculture or wastewater treatment circles, a “lagoon” is an outdoor earthen basin filled with animal waste. The lagoon’s manure slurry needs to be agitated, which is what large remote controlled amphibious machines like the Lagoon Crawler are used for.

“The parts manual for purchasers of the Lagoon Crawler ensures that in case something breaks down, the farmers can reference the drawings I made. This makes their down time shorter because it’s easier for them to figure out what parts are needed,” says Schwering.

Schwering’s involvement with CUSP (the Carleton University Simulator Project) in her fourth year of school also helped prepare her for recent work she’s taken on at Nuhn. A Capstone Design Project for students in the Department of Mechanical and Aerospace Engineering, CUSP is an innovative spherical flight simulator with the potential to recreate situations such as inversions or spins that are not feasible in a standard flight simulator.

The ongoing group project, which began in 2002, has been designed and built by Carleton engineering students. Last year, Schwering was tasked with redesigning the passive mecanum wheels.

“I redesigned the wheel to be split-axle,” she says. “In other words, the roller is cut in half and supported in between the two halves of the roller. The 24 passive mecanum wheels are designed to support the sphere as it is rotating, and to reduce the load on the three active mecanum wheels which are rotating the sphere,” she says. This year, the CUSP team plans to manufacture Schwering’s design with a few small changes.

At Nuhn, she has been given similar responsibilities.

“There was a client who needed custom fenders for his manure tank because he wanted a narrower tank, so I designed those,” she says. She also created a product line to standardize Nuhn’s injection toolbars, which makes it easier for her colleagues in the shop to produce them, “from the person cutting the parts to the person welding them,” she adds.

Schwering’s return to her roots makes her somewhat of a poster-child for regions like Perth County, where she’s from, that struggle to thrive when young skilled workers leave for urban centres.

A promotional video, produced by the county, highlights the agricultural and manufacturing opportunities in the region, and features Nuhn Industries, with Schwering appearing at 1:03.

Back home over the summer, she noticed a lot of “Help Wanted” signs.

“It’s so rewarding to have had these years of hard work and experience at Carleton, and to get to bring that back to the community I was raised in – to bring it home,” she says with a smile.

Virtually anything one builds that moves or converts energy has a mechanical component, making mechanical engineering among the most versatile of all disciplines. Carleton's program emphasizes the development of analytical, computational and hands-on skills in design, dynamics, thermodynamics, heat transfer, fluid mechanics, solid mechanics, materials, control systems and robotics. 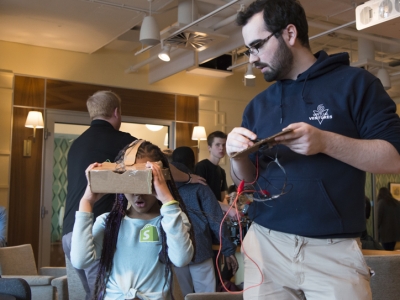 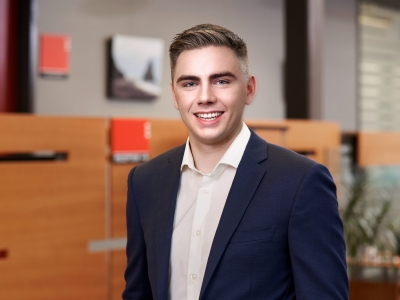 Why Matt Chose Engineering at Carleton

Why Matt Chose Engineering at Carleton 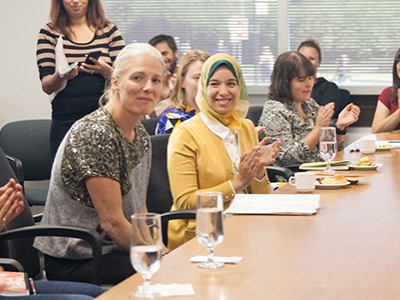 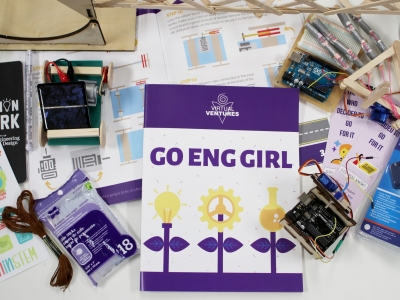