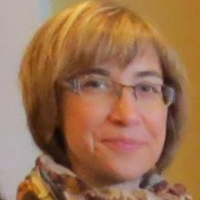 I am interested in co-supervising MA thesis that engage with the above themes.

Current Research Projects Politics of immigration on the European continent

(2018, forthcoming) Europe outside Europe: membership and identification of Europeans in Canada, Routledge.

(2018, forthcoming) with Saskia Bonjour and Lyubov Zhyznomirska, Routledge Handbook of Politics of Migration in Europe, Routledge.

(2017) editor, Diaspora and emigration policies in the age of mobility, Springer.

(2017) co-editor with Philippe Fargues and Anne Unterreiner, Migrant integration between Homeland and Host Society: where does the country of origin fit? Springer.

(2014) “A Look at Migrations in the Post‐Soviet Space–the Case of Eastern Europe, South Caucasus and Russian Federation.” International Migration, 52(5), 47-51.

(2017) Legal migration in the EU’s external policy: An objective or a bargaining chip? In Pathways towards Legal Migration into the EU: Reappraising concepts, trajectories and policies. CEPS Paperback.

(2017) “Various shades of temporariness as a new policy challenge” In Pathways towards Legal Migration into the EU: Reappraising concepts, trajectories and policies. CEPS Paperback.

(2017) “Turkish and Russian experiences of integration in Germany”, with Jan Schneider, in Di Bartolomeo, Kalantaryan and Salamonska, From home to home? Integration of diasporas, Springer.

(2017) “Governance of integration form the country of origin perspective”, with Maria Vincenza Desiderio and Cameron Thibos, in Fargues, Unterreiner, Weinar eds. From Home to Home? Integration as a three-way process, Springer.