The Fog of Our New Political Reality

Moments after the final polls closed in the 2016 American election, there was a pervading sense that politics, as we understood them, had changed.

The election of a man like Donald Trump as a state leader in a professed developed democracy was a jolting truth for many.

It has been well over a year since Trump sat down in the Oval Office and the fervency of the cultural zeitgeist increases in temperature with every dog whistle tweet, blasé presidential press conference, or scandalous press leak. People shout at one another on social media about alleged fake news, and columnists, depending on the news outlet, beg their audiences to open or close their eyes to the unprecedented nature of this administration and what it portends for democracy.

Despite the exhaustive coverage, there exists a collective fog as citizens try to wrap their heads around our newfangled and truly confusing political reality.

With her crowdsourced project, The New Fascism Syllabus: Exploring the New Right Through Scholarship and Civic Engagement, Professor Jennifer Evans implements history as a tool to help understand past and current models of right-wing fascism. This project was adapted into a fourth-year course titled Populism in History which she taught this past winter at Carleton.

Evans developed The New Fascism Syllabus alongside her colleague Lisa Heineman at the University of Iowa and with the help of graduate students Meghan Lundrigan (Carleton University) and Brian Griffith (University of California, Santa Barbara). The group intends to accumulate and curate books, academic journal articles, and news features on the authoritarian turn in 20th and 21st century history.

“We began pulling it together in the immediate days after the American election. What we found was an overwhelming plea in social media and the regular press for facts and historical context.

How could this have happened, what does it mean, and what lessons might history provide for how such a presidency might unfold?” asks Evans.

“These questions guided us in assembling the best of new writing on what we might call the authoritarian turn in global politics these last years, as well as the historiography on past fascist and populist regimes.”

Given their roles as public thinkers, Evans and Heineman felt an obligation to provide a resource to assist in the critical consideration of authoritarian regimes. “Universities are the best place to have these discussions because at their heart they are places of inspection, analysis, and learning,” explains Evans, but they also understand the prudency to relay their knowledge into the hands of the wider public and journalists who are shaping the debate.

Their objective with the project is to offer important information to those everyday people seeking more than what is offered by traditional media. “Our syllabus, we felt, would be a bridge between the worlds of academia and the public sphere,” says Evans.

The New Fascism Syllabus is the open and accessible product of conversations held online, on Twitter and Facebook, among scholars the world over and interested people outside of the realm of the academy.

Evans and Heineman developed a structure to guide the readings which offer weekly themes focused mostly on regions around the world. Once an area of inquiry is established, they asked contributors for their top three source suggestions based on the quality and accessibility of the arguments. These contributors were reminded that these references might serve as introductions to the history of a region for a journalist working on a particular story or theme.

“This resulted in lists of sources old and new, classics as well as newly penned. The Facebook group of discussants was especially vocal; experts debated the merits of certain texts. The outcome was an array of first-person accounts, films, and analytical works on the history of populism and fascism worldwide,” says Evans.

When asked if the recent global rise in right and alt-right movements around the world—the election of Trump, Brexit, the recently defeated populism of Le Pen in France, and the popularity of Rebel Media in Canada—are something we could have seen coming, Professor Evans retorts, “Historians don’t like to predict! We leave that to political scientists and their models.

But seriously, where history does come to bear is in thinking about past practices, how the civil service, or the judiciary, or even the military functioned under parallel circumstances. And historians might also weigh in on what we now refer to as ‘toxic masculinity,’ as well as migration, the economic downturn, neo-liberal policies, and networked society as having some role in shaping the current state of play,” she explains.

This, of course, begs the question, which past circumstances do historians suspect might possess a semblance to the current sociopolitical climate? 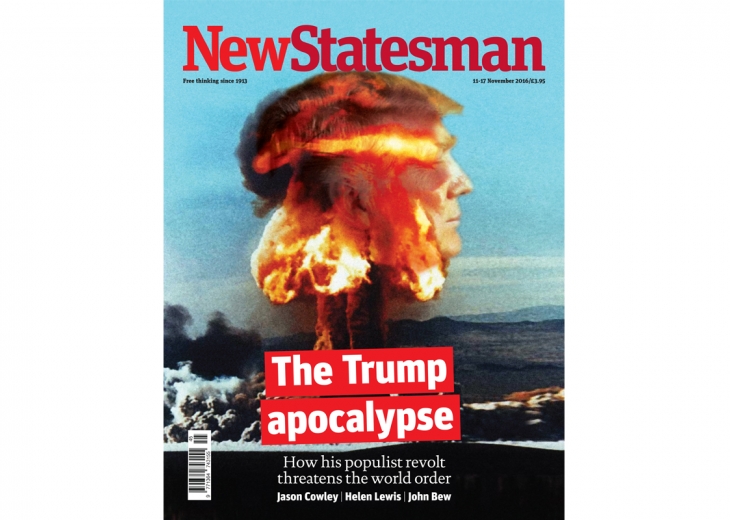 “Historians see long and short term indicators at work explaining today’s events. Depending on one’s expertise, one might see long-term indicators as the rise of the neo-liberal state and policies of austerity for draining people’s confidence in traditional authority,” remarks Evans.

“The European elections and shift to the centre-right have shown people tend to vote for more ultra-conservative parties not always out of fear or xenophobia, but for economic concerns, fears around pensions, and the medical system. Short term causes—to a historian—might also include the post-Cold War playing field, the migration crisis, the lack of historical reckoning in some states with the full scale of Nazi crimes, and a nation’s own complicity in supporting aspects of this regime,” she says.

From a Western perspective, the notion of fascism, populism, and authoritarianism, until recently, seemed like expired, unassuming threats. These were weighty markers that were scarcely written by reporters unless referring to some solemn historical event. Today, they are pervasive in the news cycle.

“History teaches us to be careful of how terms are used,” cautions Evans. “It is one reason we labelled our syllabus this way: to spur discussion about the differences between populist, fascist, and authoritarian regimes and how they work.”

History also shows us how authority and power manifest, how dissent is quashed or limited, and the forms opposition might take. We know from the German Jewish language scholar Victor Klemperer that language is a source of legitimacy for authoritarian. rulers. Words have meaning. Nothing may be taken as benign. From this, we can learn to prick up our ears when confronted with what at firstmight appear as banal. Critical self-awareness is one of the most important lessons of history.”

Having written and edited a number of books which confront the aftermath of National Socialism in Europe, including Life Among the Ruins: Cityscape and Sexuality in Cold War Berlin (Palgrave Macmillan, 2011), Queer Cities, Queer Cultures: Europe Since 1945 (co-edited with Matt Cook, Continuum, 2013), and Holocaust Memory in the Digital Mediascape, co-written with Erica Fagen and Meghan Lundrigan (Bloomsbury, in preparation), Evans is well-versed in decrypting ultra-conservative codes and patterns. She asserts that “these values seeped into everyday life, sometimes even after the demise of the regime.”

Her work as a German historian explores how law codes formulated during the Nazi period remained relevant in the postwar arena, suggesting that liberalization was a process hard fought and won through the work of tireless jurists, academics, doctors, and citizens who organized in different ways at different moments in the past to confront this challenge.

For perspective, Evans reminds us that “Germany only issued a formal apology to the Nazi persecution of gay men in the early 2000s, and only, last year, offered compensation to queer victims. This is a story that needs telling because it teaches us to never take victories for granted.”

Much of Evans’ research focuses on the history of sexuality and sexual revolutions, and she does see an existing correlation between the study of fascism and sexuality.

“The history of sexuality, as a field, looks at the gendered ways in which power is shaped. This is a vital lens for understanding the appeal of the far right, whether it is the role of young, disaffected college students seeking the homosocial bonds of alt-right groups intent on unmaking multiculturalism. Or you see it in the spread of moral panics in Europe. You also see the appeal transpire in unfounded claims of increased sexual crime to garner mass opposition to the presence of migrants in places like Germany.

A focus on sexuality—on what a particular group claims are normal, desired, traditional, or dangerous— allows us to see how these groups create insider and outsider groups to mobilize support among their base,” says Evans.

In Evans’ career as a researcher, her projects have always focused on what people can and are doing to counter the spread of hateful ideas. In recent years, much of her time has spent analyzing the role of social media as a series of platforms where people might raise consciousness, hone organizational skills, acquire and spread knowledge and come together in virtual, and later in real communities, to voice outrage and opposition to these groups. She maintains that “the symbols people choose to help make their point, the rhetoric, the appeal to history—all these cultural iconographies are important pieces of the puzzle, and they need to be interrogated critically.”

The winter 2018 course based on The New Fascism Syllabus aspired to equip students to become thought leaders in this arena by providing a global, comparative perspective on the 20thand early 21st century.

“I hope to arm students with the best scholarship to help navigate past and present challenges to democracy and the diverse ways in which people tried to push back,” Evans says.

Meghan Newman, a student of the course, confirmed that Professor Evans achieved her aspirations. “This course is so important because it makes history relevant,” says Newman. “It provides much needed context to explain why these fascist historical events took place, but also what that means for our complicated present.”

Fourth-year student of history and law, Anita Lodi, also reflects on her experience in the course:

“I was lucky enough to take Professor Evan’s course. It was one of the most fascinating classes I have taken in my undergraduate studies. The class itself was incredibly interesting as it contextualized what is happening in today’s news by looking at that country’s history. This gave me a new appreciation for history, which I strongly believe is critical in understanding politics today.

This class taught me to really read the news. It taught me how important journalism is today, and how even more important it is to stay informed about what is going on around you,” Lodi says.

“Populism in many ways can be attributed to misinformation, bias and ‘fake news.’ I learned to read articles from hundreds of sources and then take into account how history affects these issues. I was provided different opportunities and was even able to get two of my articles written for this class published in our school’s newspaper. From Brexit to Germany to Zimbabwe to the U.S. and the rise of Trump, I am thankful to have learned about these issues in this class and to have been taught by such an incredible instructor.”

The syllabus is an affirmation of the power of scholarship and collaboration to tackle difficult subjects. As Evans explains, “The New Fascism Syllabusis a statement on the importance of informed conversation in understanding a confusing historical moment.”

Read more on the Syllabus: http://www.thehistoryinquestion.com/ 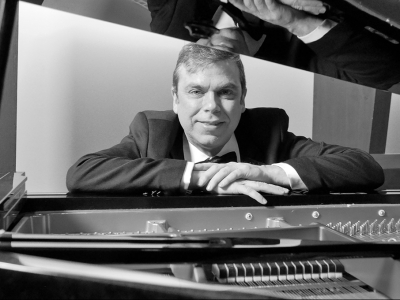