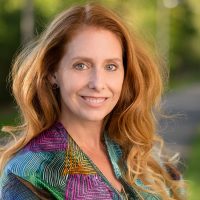 My undergraduate teaching revolves around contemporary German and European history, and I also teach transnational histories of love, hate, sexuality, and everyday life. I also teach about the longue durée history of authoritarianism, populism, and fascism. At the graduate level, my courses focus on social theory and interdisciplinary research methods in addition to themes related to my areas of expertise. My main research interests lie in the history of sexuality, art, memory, and visual culture, especially the role of photography and social media as agents of historical meaning.

My publications reflect these same interests in thinking conceptually as well as historically about the way knowledge is generated in the past and the stakes for the present day. My first book Life Among the Ruins: Cityscape and Sexuality in Cold War Berlin (Palgrave Macmillan, 2011) is a cultural history of reconstruction and traces the rebirth of the city’s various subcultures in the aftermath of World War II. I have written book chapters and articles on same-sex sexuality in post-1945 Germany and co-edited a book with Matt Cook (Birkbeck) entitled Queer Cities, Queer Cultures: Europe Since 1945 (Continuum, 2013). Another in German, on the historiography surrounding homosexuality, was edited together with Florian Mildenburger, Jakob Pastötter, and Rüdiger Lautmann, entitled Was ist Homosexualität? (Männerschwarm, 2013).

My forthcoming book Queer Life After Fascism: Kinship and the Queer Art of History (Duke UP, 2023) takes up the question of respectability politics in queer and trans* organizing, art, and remembrance in the late 20th and 21st century Germany and argues for kinship as a category of historical analysis. Current projects include a monograph on social media and post-Holocaust memory for Bloomsbury UK, another on the role of erotic photography as a claim to desire, personhood, and sexual freedom in the era before AIDS, and I am primary investigator of Populist Publics, a multi-year SSHRC/Heritage/SSRC and German Embassy supported social media analysis of historical misremembering as a form of misinformation in the contemporary populist moment.

I am happy to supervise MA and PhD students with wide-ranging interests in the social and cultural history of 20th and 21st century Germany and Europe. I am particularly interested in theoretically informed approaches to the history of the body, gender, and sexuality, visual culture, public memory, and the everyday.

Queer Life After Fascism: Kinship and the Queer Art of History (Duke UP, forthcoming in 2023)

Holocaust Memory in the Digital Mediascape. Co-written with Erica Fagen and Meghan Lundrigan. (under contract with Bloomsbury UK).

Life Among the Ruins: Cityscape and Sexuality in Cold War Berlin (Palgrave Macmillan, 2011).

“Cross-dressing and the Violence of Male Intimacy in Third Reich Photography” (together with Elissa Maïlander) German History, forthcoming in 2020.

“Homosexuality and the Politics of Masculinity in the GDR” in The Long Postwar edited by Karen Hagemann and Sonya Michel, (Baltimore: Johns Hopkins Press, in 2014), pp. 343-362.

Sean Eedy, PhD, “Comic Books and Culture in the German Democratic Republic, 1955-1990: Between Constructions of Power and Childhood.” 2016

*won university medal for best dissertation across all faculties

Meghan Lundrigan, PhD, “Holocaust Memory and Visuality in the Age of Social Media.” 2019.

*nominated for a university medal

Merle Ingenfeld, co-tutelle with the University of Cologne, “The Cure”: A Transnational History of (Homo-)Sexual Conversion Therapy (1933–1973)”

Karin Abma, MA EURUS,  “Women in the GDR: Consumerism and the Political, 1953-70” Institute for European and Russian Studies, 2014.

Jane Freeland, MA EURUS, “Saying ‘I’: Women, Desire and Their Depiction in East Germany” Institute of European and Russian Studies, 2010.

Ottilie Grisdale, MA EURUS “Artistic Opposition to the Decline of Multiculturalism in the Netherlands,” 2015.

Mandy Koroniak, MA Public History, “Imagery and Identity: Film and National Identity in the German Democratic Republic and Canada in the 1960s,” 2007.

Natalie Spagnuolo, MA, “Sexuality and Alternative Discourses in Jewish Prague: a Feminist Reading of the Works of Franz Werfel,” 2011.