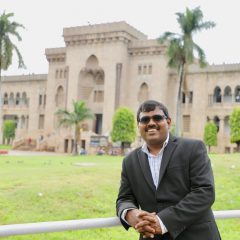 History Professor Chinnaiah Jangam weighs in on the current situation in India in light of calls for Canada to forge stronger ties with India. A short excerpt is below, with the full article, “Should Canada try to forge closer ties with India? Experts are raising red flags. Here’s why” by Joanna Chiu, available online.

With China and Canada diplomatic tensions remaining high, some analysts have argued that it’s time for Canada to forge ties with India, since the populous country could prove a strong democratic ally. But other experts say Ottawa cannot ignore the rise of Hindu nationalism — and the steep decline of civil rights in the country.

“The Canadian public is ignorant about what’s happening in India. Ottawa hasn’t spoken out for people who are oppressed in India, while hate speech and harassment has been allowed to spread freely (from India) to target academics like me,” said Chinnaiah Jangam, a historian of modern South Asia at Carleton University.

However, Canadian Prime Minister Justin Trudeau did speak out against the treatment of protesting farmers in India by police at an online forum on Monday. “Canada will always be there to defend the right of peaceful protest,” he said.

The protests against new agricultural laws have lasted nearly two months in India but gained national attention recently when thousands of farmers clashed with police who used tear gas, water cannons and baton charges against them as they tried to enter India’s capital, New Delhi.

Under Indian Prime Minister Narendra Modi, the government has pushed for laws and policies that have the potential to render millions of Muslims living in India stateless. The government also imposed a military clampdown on part of the majority Muslim region of Kashmir, arresting thousands of dissidents and local leaders.

Meanwhile, President Donald Trump’s anti-Muslim rhetoric and friendly relations with Modi led the U.S. to turn a blind eye to frequent mass protests in India against Modi’s policies. With the incoming Joe Biden and Kamala Harris administration, many wonder if government attitudes in Canada and the U.S. toward what’s happening in India will change.