Rod Phillips’s animated short on the history of alcohol attracted 250,000 views in the first 24 hours 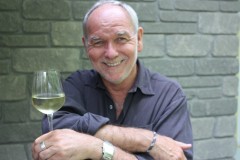 Last year TED-Ed, a division of TED (Talks), invited Professor Rod Phillips to write the script of an animated short on the history of alcohol for their series of educational videos. The history of alcohol is one of his fields of research and he teaches a third-year course on it at Carleton.

The script was then narrated and animated and the video went live on 2 January. In the first 24 hours it was viewed more than 250,000 times, with another 250,000 views in the following two days.

The video is posted on the TED-Ed site and YouTube and you can see it here: https://www.youtube.com/watch?v=y5XEwTDlriE

Rod has also completed the script for a TED-Ed video on Prohibition (it is currently being animated), and he is working on a third, on the history of divorce – another subject he has researched extensively. He finds it an interesting challenge to reduce topics he knows in detail to the 700 words these scripts are limited to.