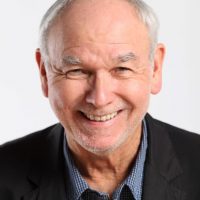 I’m a historian of early modern and modern Europe, with a special focus on eighteenth-century France and the French Revolution.  Thematically, my interests are alcohol, food, and the family.

I started as a historian of the family. My doctoral dissertation was on marriage and divorce during the French Revolution, and I later expanded my scope to the western world more broadly. I still do some work on the history of the family, and I am Editor of the Journal of Family History, the journal of record in the field. In the late 1990s I turned to the history of wine (and alcohol more generally) and since then that has been the main focus of my research and publications.

Among my current projects is a book on wine during the French Revolution. It’s supported by an SSHRC Insight Grant (2021-25).

In addition to writing on the history of alcohol, I write on wine for the wine media. I wrote a weekly wine column for the Ottawa Citizen for 15 years and I write the wine features for the print and on-line editions of NUVO Magazine (a luxury lifestyle quarterly) as well as for specialist media such The World of Fine Wine (UK) and guildsomm.com (US). I am the Canada consultant to The World Atlas of Wine, and I also judge in wine competitions in Canada, the US, Europe, and elsewhere.

I’m available to supervise research in the history of food and drink, eighteenth-century France, the French Revolution, and the history of the family.

I have also written the texts for three TED-Ed animated shorts, including this one on Prohibition: https://www.youtube.com/watch?v=y4BDnlUQ3CA

Wine: A Social and Cultural History of the Drink that Changed our Lives (Oxford, UK: Infinite Ideas, 2018)