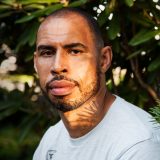 Below is a short excerpt from History Professor Daniel McNeil‘s article in The Conversation following Biden’s inauguration speech. The full article, “Post-Inauguration, restoring the soul of Biden’s America must be truly inclusive,” can be found online.

Over the past few months, I’ve been editing a book about soulful beliefs, practices and feelings that overflow from their religious and spiritual origins into secular and profane spaces. I’ve also been wondering what Joe Biden means when he talks about restoring the soul of America.

In a country fatigued by COVID-19, Zoom calls and a president who thought he was entitled to grab the bodies and attention of his fellow Americans, it appears that Biden wants to offer us some solace. A politics of kindness that permits intentional listening and introspection. Or at least a news cycle that is less taxing, chaotic and demanding.

Such discussions of the American soul are often interpreted through the prism of Biden’s Catholicism and Irish ancestry. On occasion, they are also read as a sign that we will be returning to the tone and texture of the Barack Obama years and the calm authority of “no-drama Obama.” Yet they are rarely connected to what the African American intellectual W.E.B. Du Bois called the “souls of Black folk.”

It remains difficult for Americans who live in a racially segregated country to consider how African American social and political thought might have informed the thinking of an “average Irish guy” about soul.