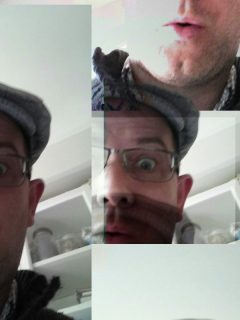 History Professor Shawn Graham was recently quoted in a Crumpe article regarding the market for human remains. A short excerpt is included below with the full article “Desecrated human skulls are being sold on social media in UK’s unregulated bone trade” available online.

Human skulls are pierced with coffin nails and human bones are turned into Ouija board pieces; almost nothing is off-limits in the U.K.’s thriving online human remains trade, a Crumpe investigation has found.

Buying and selling human remains isn’t illegal in the U.K., provided that the body parts sold aren’t used for transplants, and Facebook and Instagram are hubs for dealing in the dead. The remains of adults, children, babies and fetuses are all on the market.

Crumpe documented 50 sellers across England and Wales that used Facebook and Instagram to offer human remains for sale between 2020 and 2022. While some sellers were offering a skull or bone only in private Facebook groups, many of the sellers offered multiple human remains through public Facebook and Instagram pages associated with antiques, oddities and taxidermy businesses, including physical shops.

The human remains trade also has links to grave robbing, both historical and modern — and disturbing a place where remains have been formally laid to rest is illegal without a license. Ultimately, whoever the deceased were, researchers say those people didn’t give consent for their remains to be used in this way.

“Nobody consents to having their body bought and sold,” Shawn Graham, a digital archeologist at Carleton University in Canada, told Crumpe.

Graham researches human remains trafficking online, using images posted by sellers to track the global trade. He knows human remains posted online are real, partly because collectors don’t want replicas so it’s in their interest to offer real human remains, but also because replicas are easy to spot. Crumpe didn’t verify the authenticity of any remains in person, but showed images of the remains in this story to researchers as part of the investigation; the experts thought that all of these specimens were real.