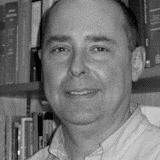 Chapters in Other Edited Books:

(see CV link above for a full list of publications)