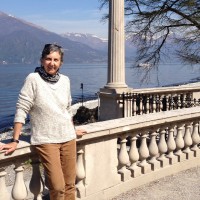 Joan M. Schwartz was a specialist in photography acquisition and research at the National Archives of Canada for more than two decades prior to her faculty appointment in the Department of Art History and Art Conservation at Queen’s. She is a Fellow of both the Society of American Archivists and the Royal Canadian Geographical Society. With a particular interest in materiality, memory, and institutional discourse, she has published and lectured widely in the field of archives, historical geography, and the history of photography, and has served on the editorial boards of The Oxford Companion to the Photograph (2004) and the Encyclopedia of Nineteenth-century Photography (2007). She co-edited Picturing Place: Photography and the Geographical Imagination (with James Ryan for I.B.Tauris, 2003) and Archives, Record, and Power, two double issues of Archival Science (with Terry Cook in 2002). Her current research focuses on the history of photography and society, and on theoretical issues relating to archives and memory. With the support of an Insight Grant from the Social Sciences and Humanities Research Council of Canada, she is currently engaged in a four-year research project entitled, ” ‘Picturing Canada’: photographic images and geographical imaginings in British North America, 1839-1889,” focusing on the role of photography in nineteenth-century Canadian nation-building.

“Coming to Terms with Photographs: Descriptive Standards, Linguistic ‘Othering’ and the Margins of Archivy,” Archion: The Israeli Journal of Archives Studies and Documentation 16, 2010: 81-109, reprinted in Hebrew translation from Archivaria 54, Fall 2002: 142-171.

“Oh! What a Parade: Context and Materiality in the British Library Exhibition ‘Points of View: Capturing the Nineteenth Century in Photographs,’ ” Photography & Culture, 3, 2, July 2010: 195-206.

“Medieval Archive meets the Postmodern World: The Inaugural Exhibition of the Archive of the Crown of Aragon, Barcelona, Spain,” Archivaria 64 Fall 2007: 199-209.

The Photographically Illustrated Book in Nineteenth-Century Canada, exhibition for the National Library of Canada, Ottawa, ON, July – September 2002.