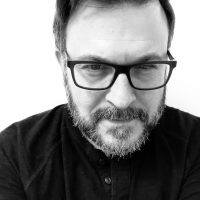 Matthew McKean is BHER’s Chief R&D Officer. In this role, he leads BHER’s work-integrated learning program (WIL), COVID Response work, and applied research and development activities. Prior to joining BHER, he was Director of Education & Skills and a member of the Senior Leadership Team at the Conference Board of Canada. He also led the Council of University Executives (CUE), a pan-Canadian network of Provosts and Vice-Presidents. He was a founding member of the consortium team that was selected to set up and run the Future Skills Centre, a multi-year initiative funded by the Government of Canada’s Future Skills program.

Matthew has authored, co-authored, and directed many reports on education and skills. He also writes and speaks publicly for a wide audience on a diverse range of topics. His writing has appeared in The Globe & Mail, The Toronto Star, The National Post, The Ottawa Citizen, The Hill Times, The Conversation (Canada), This Magazine, Exclaim!, and elsewhere. Matthew holds a PhD in History from Queen’s University, Kingston, and is an Adjunct Research Professor in the Department of History at Carleton University. He is a board member of the Ottawa International Writers Festival; a member of the National Advisory Committee for the Prime Minister’s Awards for Excellence in Education; the National Advisory Committee for People for Education; and the University and Employer Advisory Board for the Future Talent Council.

University of Ottawa
HIS1111: The Twentieth-Century World Since 1945
HIS7338: Seminar in the History of Colonialism and Postcolonialism
HIS2390A: Theory and Practice of Micro-History