HIST 3109A: Social History of Alcohol

Scope of the course

This course examines the long background to our complicated relationship with alcoholic beverages. Drinking alcohol contributes to the deaths of thousands of people every year and costs national economies billions of dollars, yet alcohol was defined as ‘essential’ almost everywhere during the Covid-19 lock-downs, enabling liquor stores to remain open. This might seem contradictory, but it is a restatement of the polarized views that have existed for thousands of years: alcohol has been portrayed as socially beneficial and part of a healthy diet if consumed in moderation, on the one hand, but as socially disruptive and deadly, on the other. 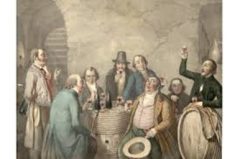 We will look at the social and cultural attributes of alcohol in Europe and North America over the long term, with an emphasis on the period from 1500 to the present. This period saw the transformation of alcoholic beverages (especially beer and wine) from intrinsic and valued elements of the daily diet of many (mainly male) adults to commodities of discretionary and leisure consumption. This radical shift, which took place in the 19th and 20th centuries, was fundamental to the social and cultural meanings of alcohol in our time, and it had important consequences for regulation and consumption. 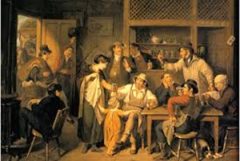 These questions direct us to look at the kinds of alcohol that were available (and thus engage with questions of production, distribution, marketing, and exchange) and the differences among them. Why was there a cultural hierarchy of alcoholic beverages, with wine ranked most highly almost everywhere, and why were some alcohols more widely consumed in some places and at some times than others? Why has alcohol generally been tolerated more than cocaine, opium, heroin, and marijuana?

We also examine issues of power, race, gender, and class. How and why was the North American image of the ‘drunk Indian’ constructed?  Why were male attitudes toward women’s drinking generally negative?  Why did the middle and upper classes find working-class drinking so threatening? Questions such as these force us to examine the ways alcohol was integrated into broader social and cultural processes and the relationships of alcohol to power.

Here we encounter the overarching dichotomous attitudes toward alcohol that were mentioned at the start. At the extremes, alcohol was variously considered ‘a gift from God’ and ‘the Devil’s brew’. Alcohol encouraged sociability but could lead to social disruption. Alcohol consumption was widely regarded as necessary and beneficial – it provided hydration and was believed to have health benefits – but it was also associated with drunkenness, illness, death, crime, and sexual promiscuity.

These attitudes, particularly anxiety about ‘excessive’ consumption and (by the mid-1800s) the construction of ‘alcoholism’, led to a search for ways to define acceptable levels of alcohol consumption. They draw our attention to the regulation of alcohol by various social organizations and structures, including communities, churches, and states. These regulations included laws governing the production, sale, and consumption of alcohol, and extended to attempts to ban the production of alcohol (or certain alcohols). The targets of these policies included gin in eighteenth-century England, absinthe in early-twentieth century Europe, and all alcohol during Prohibition in the Russia and the United States and more generally in the Muslim world. Regulations also covered sites of drinking, such as pubs and taverns, which were often represented as locales of disorder, but that we can also read as spaces of (often gendered) sociability. Yet in most places age-based regulations, such as minimum legal drinking ages, date back little more than a hundred years.

In short, this course examines the relationships of alcohol to a wide range of issues – diet, health, the body, race, sexuality, religion, social control, gender, class, childhood, among them – and places them within the broader sweep of history.

This is a lecture course that will take place in person.

There are three components to the coursework: a short reading response, an essay, and a final (take-home) exam.  All the material needed for these assignments (including the essay) will be available on-line.

Rod Phillips, Alcohol: A History (Chapel Hill: University of North Carolina Press, 2014; paperback edition, 2019).  Hardback, paperback, and e-book editions are available from on-line sellers, and an audiobook is available from audible.com. (All editions have the same text.)  It is also available in French, Chinese, and Turkish editions.