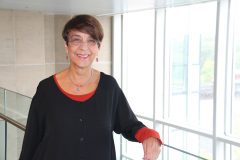 “Territory Making as World Making: a Participatory Comparison of Indigenous-state Conflicts in Bolivia and Paraguay”

In the 1980’s, 31 small Indigenous communities in the Bolivian lowlands created the Indigenous Federation of Eastern Bolivia (CIDOB) and marched on the capital, demanding territory. The government responded by establishing Communitarian Indigenous Land to provide a legal framework for land claims.

Their protest was one of a number launched in Bolivia and Paraguay in the 1980’s. As part of Professor Cristina Rojas’ research on Indigenous people in this region, she is asking, “to what extent does the process of making and implementing territorial claims foster or thwart the intent of making territory a space for reproducing Indigenous forms of existence?”

With the support of a $299,024 Insight Grant, Professor Rojas, of the Department of Political Science and the Institute of Political Economy, will be exploring the practice of “territory making as world making.” Her project will follow four different territorial claims to the state: two involve communities in the Bolivian highland and two are lowland communities in Bolivia and Paraguay.

“This research…will move away from a dualist to a relational ontology in which humans and nature interact,” wrote Professor Rojas. “Linking territoriality to the reproduction of life opens up alternative ways of organizing the economy and promotes a new understanding of relations between humans and nature. The project builds upon concepts such as ‘living well,’ ‘reciprocity’ and ‘life-centered economy.’”