Upcoming Speaker Series: Bolivia, the end of a cycle?

The Institute of Political Economy is happy to present the upcoming speaker series “Bolivia, the end of a cycle? Reflections on the political crisis, the pandemic, and what comes next.”

Bolivia has gone through its most severe crisis in recent decades. After the failed 2019 election, the country was engulfed in a dramatic series of events: accusations of fraud led to large demonstrations, several civilian clashes and the direct intervention of military and police forces led to dozens of deaths and serious concerns about human rights violations. The fall of the Movement towards Socialism (MAS) government historically supported by peasants, farmers and working-class organizations, unexpectedly interrupted the last political cycle in the country. Then to add fuel to the raging fire, the dramatic political crisis was followed by a pandemic that exacerbated existing tensions and lead to consecutive postponements of the elections. The elections in October represent the next phase in this protracted critical conjuncture.

In this series of keynote presentations, Bolivian social and working movement leaders, academics, and political analysts will interrogate the main features of this highly complex crisis, along with its social, economic and political roots. The organizers of this series, Vladimir Diaz-Cuellar (Geography) and Kirsten Francescone (Anthropology), are doctoral students from the Collaborative Program in Political Economy and both completed their MA at the Institute of Political Economy.

Presentations will be in Spanish with English interpretation made available, and the event will be streamed on YouTube as well as via Zoom.

Click here to register (free and open to the public). You will receive a link to the event the day of the event. 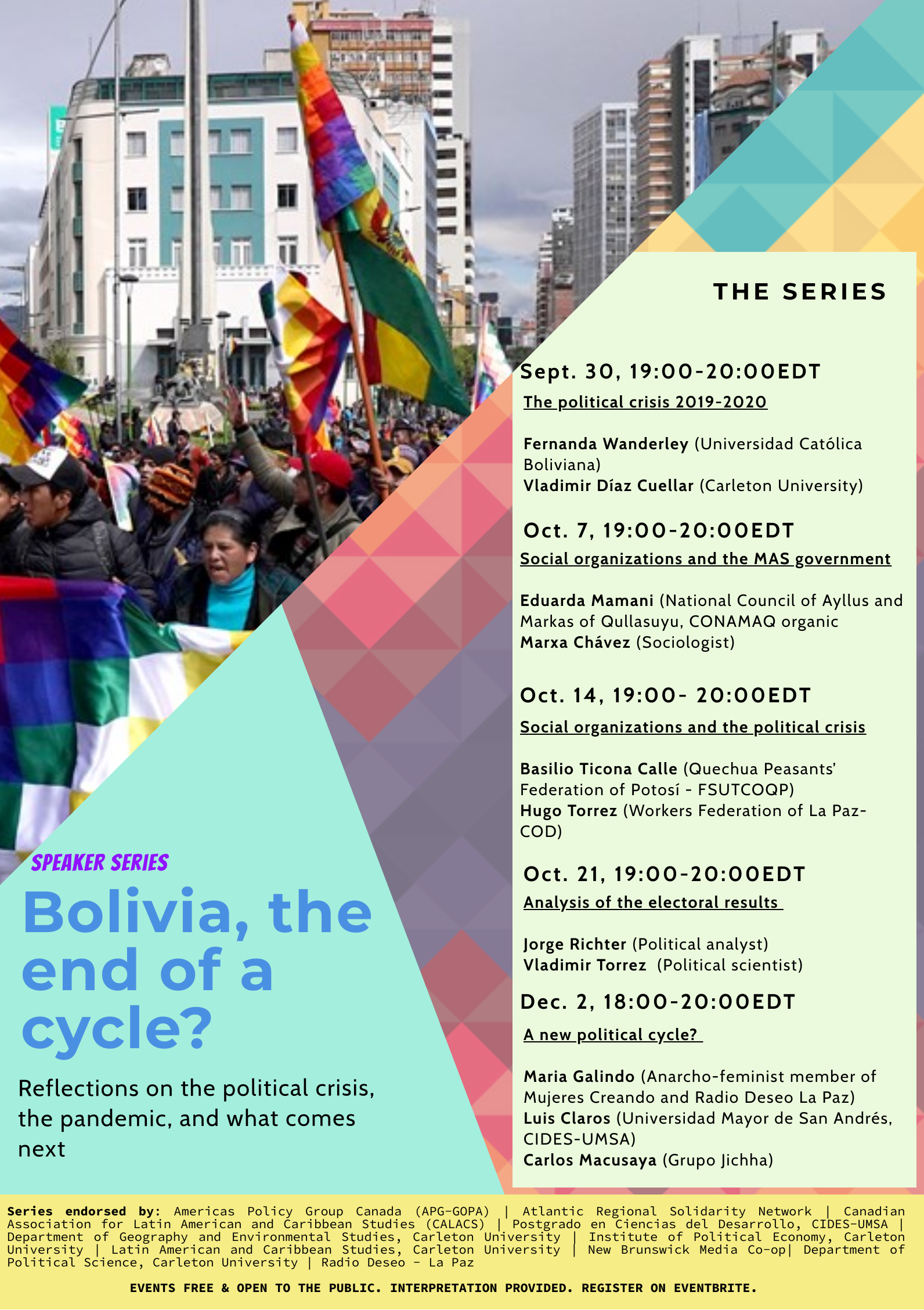