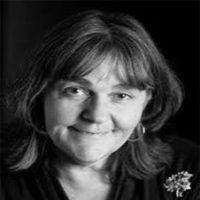 Frances Abele is Chancellor’s Professor of Public Policy and Administration, Academic Director of the Carleton Centre for Community Innovation, Fellow of the Centre for Governance and Public Management, and Research Fellow at the Institute for Research on Public Policy. She is adjunct professor in the doctoral program in Indigenous Studies at Trent University. Dr. Abele is a former director of the School of Public Policy and Administration at Carleton. During 1992-96, she was seconded to the research directorate at the Royal Commission on Aboriginal Peoples, where she was responsible for research and policy on the North and some of the Commission’s work on governance.A political scientist born in Alberta, Dr. Abele attended the University of Calgary, University of Toronto and York University. She has worked with Indigenous peoples all over Canada and in some parts of the circumpolar Arctic for most of her career. Her research has focused on northern economic and political development, Aboriginal self-government, policy and programs important to Aboriginal people living in cities, policy and program evaluation, qualitative research and citizen engagement. Besides her academic publications, Abele has published research reports with the National Centre for First Nations Governance, Canadian Policy Research Networks, the Institute for Research on Public Policy, the Walter and Duncan Gordon Foundation, the Canadian Centre for Policy Alternatives, and the Institute of Public Administration of Canada. She is currently a member of the editorial boards of two academic journals: aboriginal policy studies, and Canadian Public Administration.

Dr. Abele is currently following two broad lines of research, both SSHRC-funded. The first aims to understand the past, present and future of northern political and economic development and particularly to build upon this to define options for sustainable development to enhance the wellbeing of northern communities in Canada and in other circumpolar nations. This research program has a number of interlinked strands, including a study of the role of the state in the developing northern social economy and a project to define medium-term economic development options that are alternative to reliance upon project-by-project decision-making. An important recent project has been a partnership with IsumaTV and other researchers to build a digital, interactive, bilingual network among researchers and community members to ensure that the latter have access to the knowledge they require to make pending decisions about development projects.

Abele’s second line of research focuses on the Canadian federation and Indigenous self-government. As part of a SSHRC Partnership Grant project, she is studying the financial aspects of land claim implementation. In addition, with collaborators Satsan Herb George and Catherine MacQuarrie, she has launched the Transitional Governance Project. This project aims to meet the research needs of First Nations governments that are working their way out from under the Indian Act.