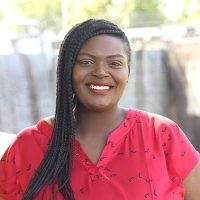 Political science with a concentration in International Relations at Carleton University.

During my last year of undergrad I took a fourth year seminar with Professor Rojas and she had a grad student from political economy come to talk to us about the program. I was very impressed with what she had to say and after asking a few questions I knew right away that this was the program for me.

Alternative ways for “development” in non western countries. More specifically if the migration of skilled workers has any effect on development in these countries.

In the last year, I have volunteered for two political offices. In one of the campaigns I serve as Chief financial officer for a candidate who is now running as the official candidate of one of the major political parties. The role gave me a broader understanding of election Canada regulations, funding of apolitical parties, and grass roots mobilization.

This is a great program in that it lets you engage with your research through an interdisciplinary lens. Secondary, the size of the department makes it possible to get the necessary support when required.

“Go on, get out! Last words are for fools who haven’t said enough!”