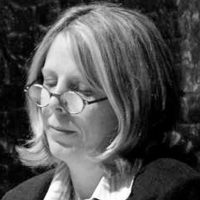 Postfoundational legal and social theory from Habermas to postmodernism, theories of justice and injustice, theories and practices of human rights, the implications of multiculturalism and globalization for human rights, war, global justice, cosmopolitan and international law and constitutionalism.

She is the editor, most recently, of Empire’s Law: The American Imperial Project and the ‘War to Remake the World’ (forthcoming Pluto Press 2005) which includes essays, among others, by herself and her colleagues, Buss, Purvis and Swan.