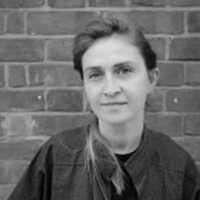 I research regulation of work and labour markets from a critical, socio-legal perspective that is conceptually and methodologically informed by feminist political economy and critical policy studies. Broadly, I am interested in law’s constitutive role in the re/production of social relations, and its distributional effects. My work also attends to the interaction of legal discourses and governance regimes operating at multiple scales, such as in the context of regional integration, and under conditions of political-economic change.

I have written on the gendered (and other relational) dimensions of work and labour markets and the regulatory challenges and possibilities inherent in their historical constitution and ongoing transformations. Among others, I have published on working time, work family reconciliation, gender equality and inclusion policies, as well as neoliberalism, post-socialist transition, and crisis governance and labour market reform.

A parallel strand of my research revolves around the interface of work and environmental regulation, with focus on legal contestations and conflicts produced by jurisdictional boundaries and legal dis/articulations as well as the possibilities inherent in more ecologically-attuned forms of governance and social organization of work.

Since 2018, I have been involved in a EU-funded comparative project Agreenment, which investigates the role of unions and labour movements in bargaining on issues of environmental sustainability within and beyond the workplace. The project covers 6 EU countries: France, Hungary, Italy, the Netherlands, Spain and the UK. I am responsible for the UK study together with Marie Pillon (research assistant) (Grant Agreement VP/2017/004/0037).

I teach courses in Labour Law, Employment Law, and Employment Dispute Resolution in a manner that is informed by the conceptual and methodological lenses I adopt in my research.

Prior to joining Carleton’s Department of Law and Legal Studies, I was Assistant Professor at the University of Warwick School of Law (UK) and Director of Warwick’s Connecting Research on Employment and Work (CREW) Network (2017-2019). I also held Research Fellowships at Warwick Law School (2013-2016) and Lund University Faculty of Law in Sweden (2015), and I was selected as the 2019-20 France-ILO Research Chair at Nantes Institute of Advanced Study (declined). I won the University Association for Contemporary European Studies (UACES) Best Thesis prize for my doctoral work (2013) and was a member of the British Academy Raising Star Engagement Award (BARSEA)-funded project entitled Future Directions in EU Labour Law (2015). I have a PhD in Law and Society from University of Victoria Faculty of Law (2012), an LL.B. from the University of Windsor, and a BA in Socio-Cultural Anthropology from the University of Toronto.

Blackham, A., Kullmann, M. and Zbyszewska, A. (eds.) 2019. Theorizing Labour Law in a Changing World: Towards an Inclusive Labour Law. Hart/Bloomsbury.

Benedi-Lahuerta, S., Zbyszewska, A., 2018. “EU Equality Law after a Decade of Austerity: On the Social Pillar and its Transformative Potential.” International Journal of Discrimination and the Law 18(2-3), 162-192.

—-. 2012. “Regulating Working Time in the Times of Crisis: Flexibility, Gender and the Case of Long Hours in Poland.” International Journal of Comparative Labour Law and Industrial Relations 28(4): 421-441.

Zbyszewska, A. 2018. “Labour Law for a Warming World? Exploring the Intersections of Work Regulation and Environmental Sustainability – Guest Editorial” in Comparative Labor Law and Policy Journal 40(1).

Zbyszewska, A., Benedi Lahuerta, S. 2018. “Taking Stock of Twenty Years of EU Equality Law and Policymaking and Looking Ahead– Guest Editorial” in International Journal of Discrimination and the Law 18(2-3): 55-59.

Kullmann, M., Zbyszewska, A., Blackham, A. 2019. “Introduction” in Theorizing Labour Law in a Changing World: Towards an Inclusive Labour Law. Hart/Bloomsbury (August).

—-. 2017. “Women in Research and Academic Labour Markets: Revisiting the Issue Ten Years On.” in Festskrift for Ann-Numhauser Henning. Juristforlaget, Lund.

Blackham, A., Kullmann, M., Petterson, H., Zbyszewska, A., 2017 “The Rationales of Government Action on Aging and the Extension of Working Lives” in Elder Law: Evolving European Perspectives, Edward Elgar.

Zbyszewska, A. 2014. “Visions of the Future: Imagining and Anticipating Tomorrow’s Working Hours from the North American Perspective.” In Factor of Time in the New Economy. Where are we Heading?” H. Strzeminska, ed., 58-75. Institute of Work and Social Matters: Warsaw.