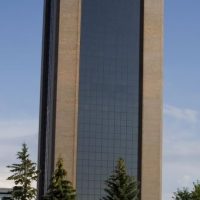 I am currently engaged in two research projects.  One project examines race and risk as heuristics for understanding liberal peacebuilding, focusing both on the construction of the state institutions of liberal market democracies and the cultivation of persons and populations.  My second project focuses on the legal, political and cultural meanings invested in the missing remains of dead victims of state-sponsored violence.  This latter project was awarded a SSHRC Standard Research Grant (2010-2013), and has been nominated for the SSHRC Aurora Prize (2011).  Prior to joining the department in 2007, I completed a SSHRC-funded post-doctoral fellowship at the Australian National University’s Regulatory Institutions Network.

Park, A.S.J. (2013). Racial-Nationalism and Representations of Citizenship:  The Recalcitrant Alien, the Citizen of Convenience and the Fraudulent Citizen. Canadian Journal of Sociology. 38(4), 557-578.

Park, A.S.J. (2010). Peacebuilding, the rule of law and the problem of culture: Assimilation, multiculturalism, deployment. Journal of Intervention and Statebuilding. 4(4), 413-432.