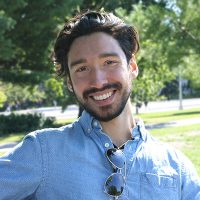 I did my undergraduate degree in International Development Studies at the University of Guelph.

Coming from the largely interdisciplinary field of International Development Studies in which my focus was on politics and economics, I was attracted to the interdisciplinary nature of the Political Economy program at Carleton. Having many cross-appointed faculty members and professors, the Institute appeared ideal for exploring a broad range of ideas and theories that sparked my interest.

Since being in the program, I’ve been able to research a variety of topics including environmental politics, urban geography, feminist perspectives on war and conflict, realism in international relations, economic anthropology, African studies, and critical theory. I’m particularly interested in land dispossession/privatization and the valuation of land in terms of its extractability within the capitalist system, and the political and socioeconomic implications of such a process. Specifically, I’m interested in how human consumption patterns and demand for increased material value within society drive the reduction of the lands which have supported the livelihoods of countless generations into mere figures of extractible value for the purpose of conversion into profits.

I’ve recently been involved with Mining Watch Canada as a research assistant for a placement course through the Political Economy program. My role with that organization thus far has been to collect and analyze data on existing mining operations and speculative properties within Latin America. I’m currently a writing consultant with the Centre for Student Academic Support at Carleton, and a teaching assistant for a second year course on ethics and globalization. I’ve also been a teaching assistant for a first year African studies course and a third year course on US politics.

Outside of the university, I sit on the Eastern Synod Council for the Evangelical Lutheran Church in Canada, and have extensive experience organizing and implementing youth/young adult leadership and recreational programs with various organizations including the Tim Horton Children’s Foundation and Easter Seals BC/Yukon.

I think the most important thing for any prospective student would be an open mind and a willingness to engage with new ideas. It’s less important what political or theoretical leanings one may have prior to entering the program, as there will inevitably be courses available through the university that are appealing and can be used as credits towards graduation. Be ready to read a lot and sometimes feel as though you got something entirely different out of the text as the person sitting next to you in seminar. In fact this is the beauty of the program- we all bring our own perspectives and outlooks to the table and this makes classroom conversations exciting and engaging.