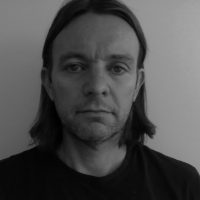 Chris Russill is an Associate Professor in the School of Journalism and Communication at Carleton University, Ottawa, Canada. Chris is interested in political (in)action around climate change and in the dangers, harms, and injustices that are distributed by this problem.

Chris completed his Ph.D. in communication at Penn State, and his M.A. and B. A. at York University in Toronto. He is a former fellow at the Balsillie School of International Affairs, and a founding member of the International Environmental Communication Association and Carleton Climate Commons.

Chris’ research engages with the temporal dimensions of climate change from media theoretical and historical perspectives. He traces how climate change is conceptualized across a range of domains and problems (scientific inquiry, software design, visual culture, political regulation, racialized inequality, computational simulation, and popular culture) to engage with the temporal assumptions structuring our sense of danger, harm, violence, and crisis.

Chris’ book project, The Warning, offers a new understanding of climate change by embracing the history and temporality of catastrophism as worthy of study. It diverges from the consensus-centric epistemology of science-first and intergovernmental cooperation paradigms to emphasize how the relationship of climate science, catastrophe, and social change has varied historically and in concert with the changing relationships of communication and politics in western liberal democracies. Instead of organizing an account of climate change with respect to the categories that underpinned its scientific detection (like changes in CO2 concentration and global mean surface temperature since pre-industrial levels) or those of global economic policy frameworks, Chris develops the categories organizing our ontology of climate change from the history and persistence of catastrophe. Told through a series of historical vignettes that include budworm spraying and moth epidemics, experiments in bystander indifference, computer modeling of nuclear winter, the relationship of ‘broken windows’ policing to network theories of viral influence, the influence of white flight on tipping point logics of social change, and public memories of slavery, holocaust, and totalitarian rule, he develops a pre-history of the politics of climate change and catastrophe that defines our contemporary moment. Coming soon!

You can find a conversation here with Armond Towns on Black Studies and/as Media Theory that takes up a few of these questions with respect to nature, inhabitation, planetary humanism, and Blackness in the context of Armond’s brilliant media philosophy.

You can find a conversation here with John Durham Peters on the Anthropocene, the planetary, media techniques, and the digital.

Here is a rambunctious discussion of the planetary, GAIA, and other matters with University of Toronto media theorist, Kate Maddalena.

A podcast with CBC journalist and Carleton alumni, Sherry Aske, as we sort through earth observing media after Hurricanes Harvey and Irma. Starts around 7:55 – just listen for Riders on the Storm!

Russill, C. 2018. The ‘Danger’ of Consensus Messaging: The Importance of Shifting from ‘Skeptic-First’ to ‘Migration-First’ Approaches. Frontiers: Science and Environmental Communication.