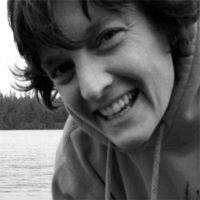 I am a sociocultural and environmental anthropologist primarily concerned with the co-production of nature and difference in colonial situations, especially as condensed in Southeast Alaska, where I have conducted fieldwork since 2004. My dissertation, Nature, Value and Territory in Alaskan Subsistence Politics: The View from Brown Bear Bay (Columbia University 2010) examined the politics driving ongoing debates about the definition and extent of subsistence hunting and fishing rights in rural Alaska. These politics concern not just differential access to limited resources but, more fundamentally, the lines separating objects of management from subjects of politics. A key dynamic that emerged from this research is the power of nonhuman animals to legitimize or delegitimize competing forms of environmental governance. The often-unpredictable ways in which this dynamic has been playing out across coastal Alaska—and in the emergent Anthropocene—is one of the topics I have been co-investigating with Karen Hébert (Assistant Professor in the Department of Geography and Environmental Studies) since 2012.

I am cross-appointed with the Institute for Political Economy and am affiliated with both the Digital Humanities and Northern Studies graduate programs.

“The Other Otter: Relational Being at the Edge of Empire.” (2016) in Anthropology and Alterity: Responding to the Other, Bernhard Leistle, Ed. London: Routledge. pp. 107-123.

“The Biggest, the Best, the Most, the Last: Alaska on the Edge.” with Karen Hébert. Hot Spots, Cultural Anthropology, July 2016. https://culanth.org/fieldsights/the-biggest-the-best-the-most-the-last-alaska-on-the-edge.

Tyler Hale (MA 2016) “More Than Material: The Vibrancy of the Car in the Volkswagen Diesel Scandal”