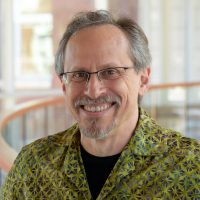 Herman Mark Schwartz (Mark) is a professor in the Politics department of the University of Virginia. He is best known for work on the evolution of the global economy and the geo-politics of the subprime mortgage crisis, and has over a million published words which even his mother hasn’t read. His current work looks at how changes in corporate strategy and structure towards seeking monopoly profit from intellectual property right deployed in vertically disaggregated production chains has contributed to slower global growth (i.e. ‘secular stagnation’). Like Rick, who came to Casablanca for the waters, Schwartz comes to Ottawa for the mild weather. Rather than opening a café he plans to work with Carleton Professor Randall Germain on why and how the US dollar persists as the dominant global currency, how it resembles (or not) the Pound sterling in the nineteenth century, and what this tells us about global growth and political power.