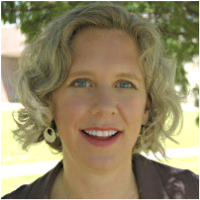 My research to date has focused on the relationship between state practices of border security and migration management, the changing substance and meaning of citizenship, and the criminalization of migrant workers.  I have been particularly fascinated by how these relationships manifest themselves in the unlikely sites of border security: in the interior of the United States and Canada, in cities, and in the everyday interactions between non-citizens, employers, municipal service providers, and local police. I am interested in how sovereignty, racialized identities, and citizenship are produced and disrupted in these spaces.  In the past, I have addressed these questions by exploring the history of “sanctuary cities” in the United States, as well as the passage of anti-immigrant ordinances by municipal governments.

My current work includes two major research projects. The first explores the operations of the US Immigration and Naturalization Service (INS) during and after the Second World War. The second examines contemporary geographies of immigration law enforcement in Canadian cities.

2012  Co-authored with Justin Steil “’Small Town Defenders’:  The Production of Citizenship and Belonging in Hazleton, Pennsylvania.”  Environment and Planning D: Society and Space 30.6.

2012 “The City as a Space of Sanctuary in the United States.” In Sanctuary Practices in International Perspectives.  R. Lippert and S. Rehaag, eds. New York, NY:  Routledge.

2011 “Refuge, Refusal, and Acts of Holy Contagion:  The City as Sanctuary for Soldiers Resisting the Vietnam War.”  ACME:  An International E-Journal for Critical Geographies 10.2.