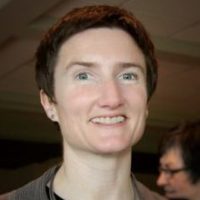 Not all roads from a PhD lead to academia.

From your graduate degree, your career path can take you in so many different directions.

At least, that was the case for Judy Meltzer, who found her way from the Institute of Political Economy to the public service.

Meltzer says directly as a result of her graduate degree with the Institute, she was given the opportunity to apply, and was accepted to the Recruitment of Policy Leaders program.

Today, Meltzer is the Director General of the Carbon Pricing Bureau within Environment and Climate Change Canada, where she works with her team to develop regulations, and new policies to address climate change, including working with provinces, territories and other stakeholders to implement the federal government’s commitment to put a price on carbon pollution in all jurisdictions in Canada.

Meltzer completed her PhD in political science with a specialization in political economy and she says it was a great foundation for work in strategic policy.

“I would say the background in political economy is really directly relevant for all kinds of policy work because policy work is underpinned by socio-economic analysis regardless of the topic you look at,” she says.

“The problem solving and critical thinking as well as the ability to critically analyze, read, and write are all important for a successful policy role in the public service.”

She says the program can be valuable to those who want to look at political economy through a broad lens.

“I think it has a lot of relevance for understanding the underpinnings of key issues we face today, whether it’s environment, economic, political, geopolitical. Political economy is a degree that gives you the tools to really be able to have a broad and informed understanding of a wide range of issues.”

For Meltzer, there were two main aspects of the PhD program that made the Institute unique.

And second, the professors. The faculty at the Institute of Political Economy had expertise in Meltzer’s area of interest and were very supportive both in and out of the classroom.

“Both my supervisor and other supporting faculty were very supportive of not just the academic course work and my dissertation but for participating in conferences and preparing publications,” she says.

Due to the flexible nature of the program and support of her professors, Meltzer was able to publish a chapter of her work from one of her reading courses.

Meltzer’s academic research looked at citizenship and development in Latin America. Although not directly related to her current work on climate change in Canada, she says the skills from her PhD are still invaluable.

“And at the end of the day, I’ll always have it as an important foundation,” she says.