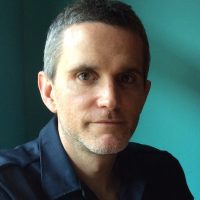 Choose your own adventure with Political Economy…

When Lincoln Addison decided to attend the Institute of Political Economy for his master’s degree, he knew he wanted to do research related to Africa.

But how? He wasn’t sure.

Looking back now, he remembers how the administrator at the Institute, Donna Coghill, helped him find his way.

“She is very exceptional as the administrator,” he says. “She knows everybody and she cares passionately about students.”

It was Coghill who helped Addison find his way to a fieldwork and research opportunity with Professor Blair Rutherford, who would go onto become Addison’s academic supervisor and mentor.

“As a student in political economy, you can choose to work with a whole range of faculty around the university,” Addison explains. “It gives you a lot of flexibility as a graduate student to design your own training.”

“It’s a big advantage to graduate students,” he adds later.

As an example, Addison worked with Professor Rutherford from anthropology as well as Linda Freeman from political science, and saw the benefit of an interdisciplinary approach.

He says completing his master’s degree at the Institute was foundational for when he later pursued a PhD at Rutgers University.

“My training at the Institute left me exceptionally well prepared for the PhD program at Rutgers. I found myself far ahead of my peers in terms of my knowledge of diverse literatures, and my ability to think critically.”

Since attending the Institute, Addison identifies as a political economist, which he thinks has shaped the way conducts research to this day. As an assistant professor in anthropology at Memorial University, his current work focuses on food systems in Africa and examines questions of labour, power, and gender.

“It’s a different way of looking at the world and I feel like once you are trained in political economy, you can’t really take off that hat anymore.”

When he supervises graduate students at Memorial University, Addison says he sees the impact of his mentors at the Institute of Political Economy.

“I feel like a lot of what I do now is informed by the seminars that I took at Carleton and the interactions that I had with faculty at the MA level, certainly the interactions I had with Blair Rutherford and Linda Freeman,” he says, adding: “The experience working with them, those two individuals, has really shaped me as teacher for sure.”

And for Addison, there is no contest when it comes to other political economy programs.

“I feel like I can say that without sounding controversial.”