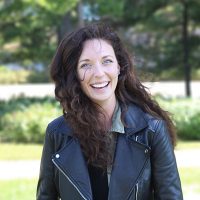 Before beginning your studies at the Institute of Political Economy where did you study and what program were you enrolled in?

I completed my undergrad at Carleton with a double major in Communication Studies and Political Science, concentrating in International Relations.

I was drawn to the Institute because I had the opportunity to choose my own academic adventure, so to speak. I wanted to cherry pick certain courses that were from a breadth of different departments, like Communications, Political Science, Legal Studies, and Political Economy. Studying at the Institute has given me the flexibility to take control of my own academic journey and learn about what specifically interests me, while maintaining a political economic perspective.

I am interested in the political economy of internet architecture; voluntary and legally sanctioned forms of regulation, issues of free speech, security and surveillance, and the fetishized demand for transparency online. More specifically, my research focuses on modern internet governance in Canada through the analysis of Transparency Reports.

In terms of paid labour, I’ve been working lately for the Government of Canada’s Education Savings Program, where I help write/design content for Canada.ca. I was elected Chief Steward of CUPE 4600 at Carleton, and I help out with photography and web design for the Institute of Political Economy. I also taught a course this spring at Carleton for the EMCP program on Zines and Subcultural Resistance.